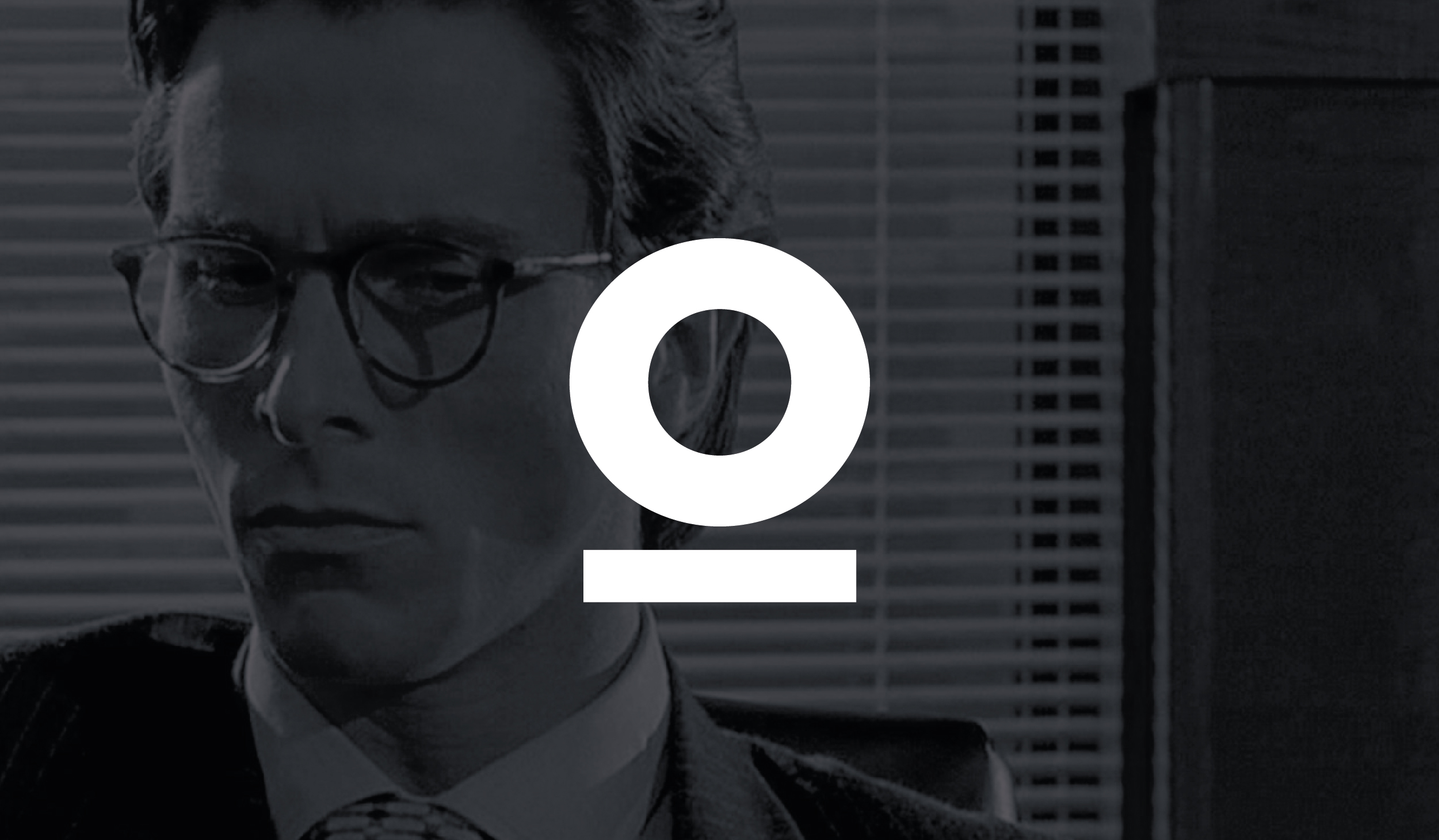 Started by James Jannard in 1975, in his garage, with an investment of only $300 and named after a dog, Oakley originally made glasses for motocross. Now part of the Luxottica empire, Oakley continue to make brilliant eyewear for sports, for skiing and cycling in particular. The way clever marketing created a glamorous, futuristic feel to their brand is also notable. Oakley glasses boast that their nose pads and temple tips are fashioned from a special sci-fi rubber called unobtainium that in reality is completely the same as normal rubber. Similarly, their lens shut out 100% of UV rays because they’re made from Plutonite, which sounds suspiciously like Kryptonite, i.e., something made up in a comic book. Oakley uses the same inexpensive injection moulds as everyone else but it is very cunning to dress it all up in the language of Flash Gordon and Superman. Oakley also had some luck in the showbiz field, or they’ve become adept at product placement. Their Romeo and Juliet range had flopped until Tom Cruise wore the Romeo in Mission Impossible 2 (I had advised on the 1996 first- in-the-series but had dressed Tom in Gaultier frames).

There is more to Oakley than marketing and catchwords. They also developed innovative curved lenses using what they call the RX programme. All their glasses are wraparound, which look great on sportsmen, but there’s a time and a place, usually the ski slope or the velodrome. A businessman in a Saville Row suit is projecting an image I wouldn’t recommend if he combines his threads with his wraparound Oakleys (you wouldn’t wear your Nikes with your high-end suit). Even so, there’s a lot about Oakley that seems gimmicky but they are very respectable now in optical circles for their pioneering work with curved lenses.

Founded by Larry Light in Los Angeles in 1987, and now another possession of Luxottica, Oliver Peoples was one of the big names of eighties eyewear. Star of numerous fashion pieces in Vogue-style magazines worldwide, Oliver People’s frames have been worn by Bono, Bruce Willis, Brad Pitt as Tyler Durden in Fight Club and Alfred Molina as Doctor Octopus in Spider-Man 2. Patrick Bateman in both the film and the original book of American Psycho seems obsessed with Oliver Peoples the number of times he references them as style eyewear without parallel. But, who was Oliver Peoples? The story of the name is an intriguing one. Larry Light just happened to open the case of a classic piece, looking to use the spectacles inside for inspiration, and there behold was an inscription, the original owner’s name: Oliver Peoples. 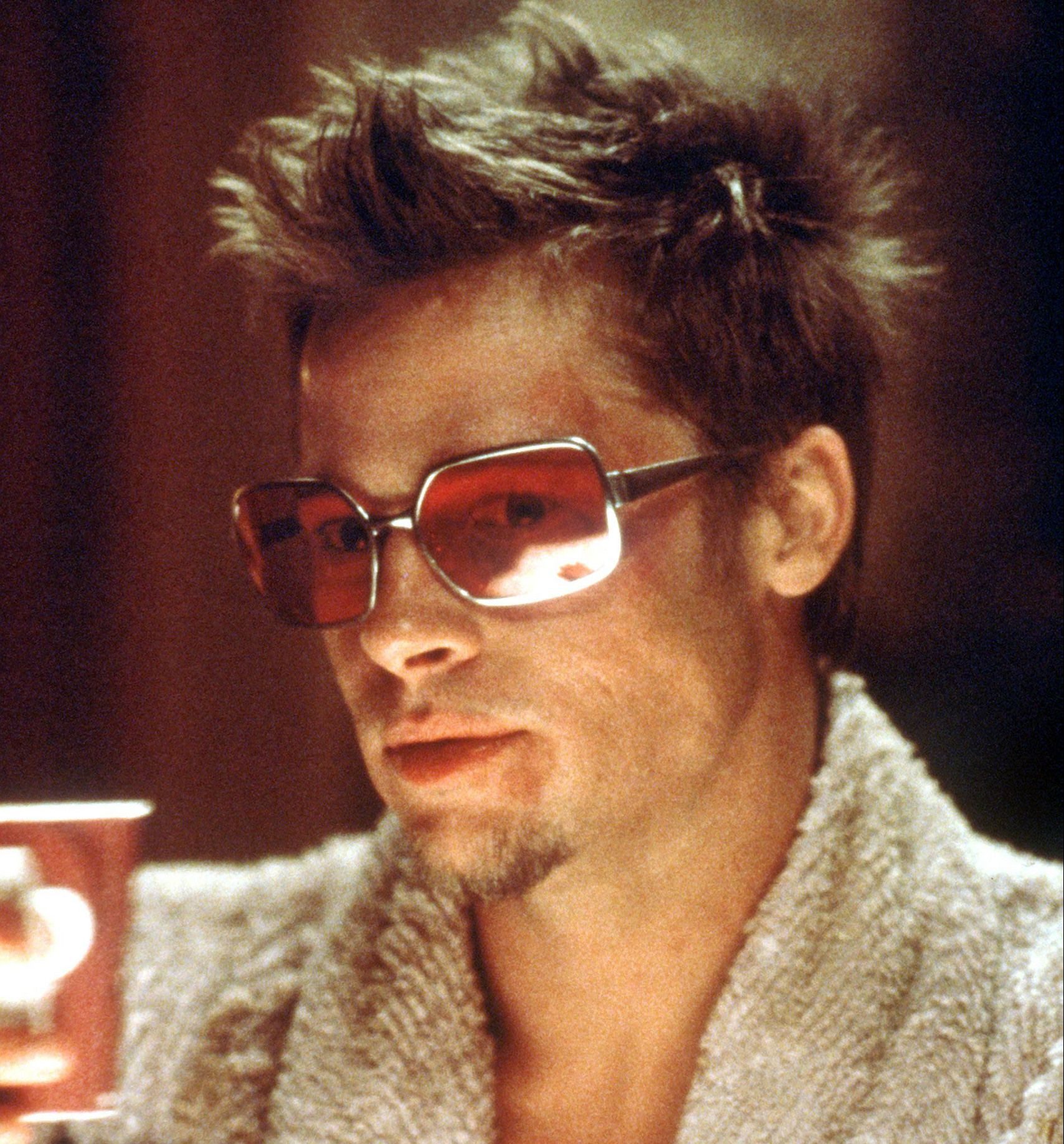 A big part of my job as a dispensing optician is to use a famous name to paint a picture of a period for my client. Sometimes just a name can summon up an era more glamorous and sophisticated than our own, as well as the eyewear associated with it. Such a name is Jackie O.

Just whisper it, Jackie O. What do you see? A girl in a dream world of opulence and wealth, the equal of presidents and magnates; the Princess Diana of the 60s, her head wrapped in a Hermès scarf, waving from the deck of a yacht; glancing out from the back of a limousine in New York in the 60s, its imperial heyday; the girl in the drawing room of the White House, the interiors of which she redesigned; the queen of Mykonos, a queen wearing big round sunglasses, the Jackie Os.

Of course, Jackie was first the wife of another wearer of iconic frames we can’t overlook in the style history of eyewear, JFK, but it was after she married Greek shipping tycoon Aristotle Onassis in 1968 that she became an eyewear legend. And among the legends of eyewear, it’s no doubt unique to have married first one wearer of iconic eyewear, then another. Unique, too, for both Onassis to have named after them iconic pieces of eyewear: the Ona and the Jackie O. 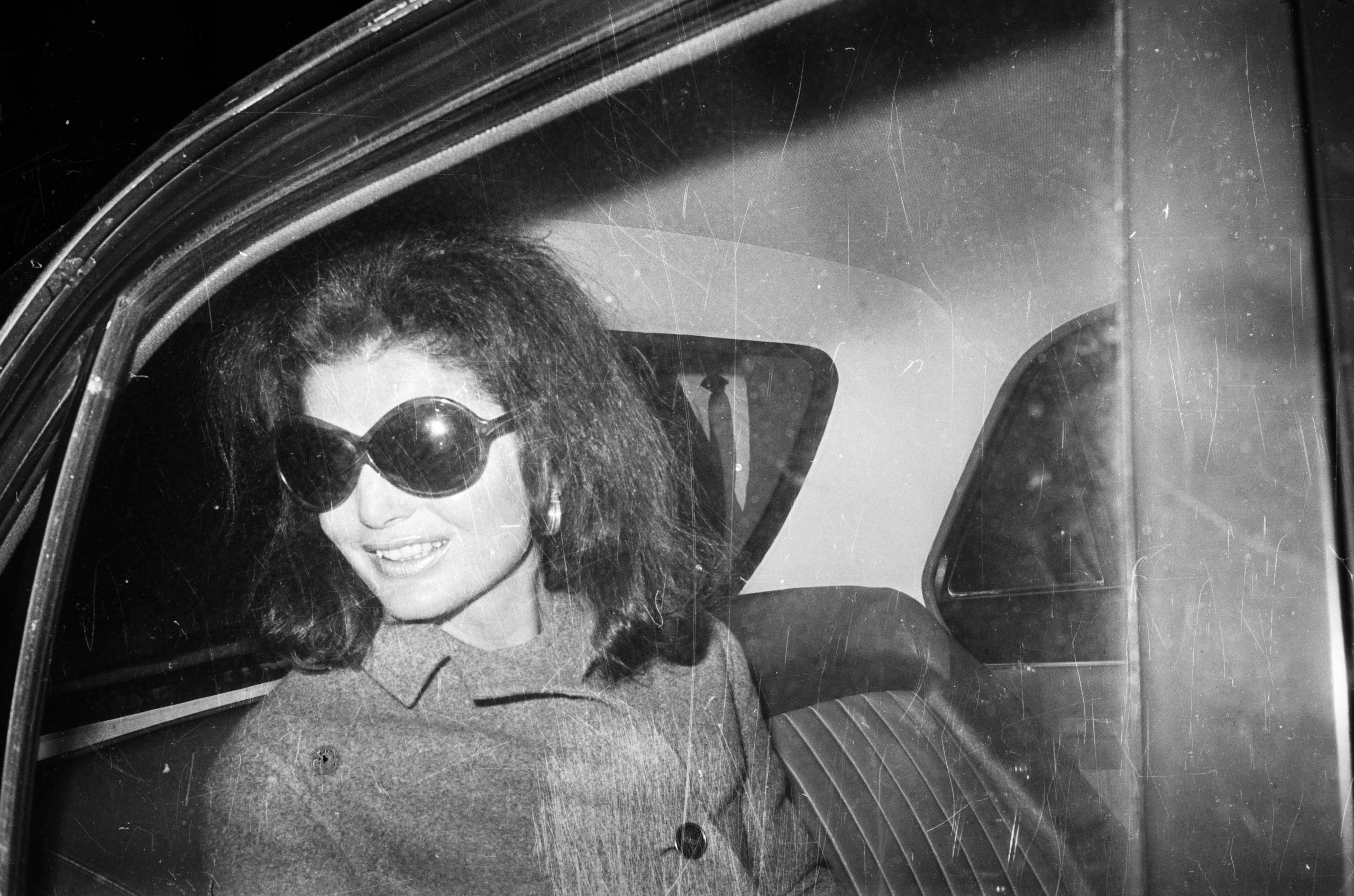 Aristotle liked to show off his accessories. He asked his friend, the French designer Françoise Pinton to design a pair of glasses just for him. The result was the Ona, made from real tortoiseshell with gold hinges (rumour has it that Onassis would fly Pinton in his private jet from Paris to Skorpios, his private island, just to have his Ona’s hinges tightened). I will sometimes have someone come into the shop and ask me to make them a pair of glasses like Aristotle Onassis’, which I can, of course. This is rare, though. Very few people still desire the look of Aristotle Onassis, want to wrap themselves up in his style and swagger. This we cannot say for Jackie. If Aristotle was the King of Mykonos, she was more than his Queen. She was a goddess and still the indelible fashion icon, the undying star of eyewear.

Pinton also designed the signature Jackie O’s, the big round glasses that were originally meant to protect her eyes from the flashbulb-glare of the paparazzi cameras that bombarded her every time she swished out of doors (another example in the history of eyewear fashion where a trend starts with a practical purpose rather than an aesthetic gesture). Like Grace Kelly’s [link] upswept cat’s-eyes, the Jackie O was a sensation, a fashion earthquake. Every woman in the world wanted the big round dark glasses that would make her look a little like Jackie O. Everyone wanted to bask in that aura, come under that spell that she cast, the trend that she set. This trend is a shockwave that we keep on riding. We’re still riding it now. On Mykonos, where the Onassis played and so do I, there is a little beach club and bar called Jackie O, the owners of which are always asking me to design for them a range of eyewear based on the Ona and the Jackie O.

The Jackie O is the most iconic piece of eyewear in history worn by one of the most iconic people in history. That’s why when I whisper her name, everybody knows where I am going to take them when I place those frames upon the bridge of their nose.

In my profession, there are, broadly, three types of practitioner. A Dispensing Optician, of which I and my colleagues are examples, who have a good understanding of anatomy and eye conditions but our primary knowledge will be of lenses and lens making, frames and frame making. By contrast, an Optometrist has a comprehensive understanding of medical conditions and can diagnose both your prescription and perform a full health check of your eyes. Meanwhile, an Ophthalmologist is a doctor who performs operations on the eye and has the greatest understanding of how the eye works and its associated conditions.

Like Oakley, Optyl is another eyewear company interesting not just for its designs or innovations but its business signature. In the mid-eighties, when fashion brands started to launch their own collections for the first time, Optyl made spectacles for Christian Dior, Porsche Carrera and Dunhill. But Optyl is also notable for their eponymous epoxy resin, an incredible, infinitely adjustable material that could be moulded into all sorts of shapes, however crazy and unlikely. Optyl—sadly—went bankrupt in the 90s.

Yoko is famous for sporting the Porsche 5620, a wraparound, visorish style with screws all across the frames. These brash, ostentatious frames seem somewhat in opposition to John Lennon’s humble and unpretentious NHS specs. The comparison might be unfair, as Lennon wore his 422s in the mid-60s and Yoko started to wear her Porsches in the 80s. Even so, I can’t help feeling that they are a big and showy piece of statement eyewear. Yoko has made something of them, however. She has iconised them in her own way. Jackie O, a much bigger star, wore iconic eyewear that everyone aspired to, everyone wanted. Yoko’s look is not for everyone. It’s niche. It’s cult. It has a rock-star feel but it isn’t Bono. It’s still a classic. When we talk about style and what is stylish, sometimes style isn’t beautiful and timeless but difficult, dodgy and daring. It’s good to be bold, good to be different. Yoko’s Porsches are a reminder that not quite everyone wants, or needs, to be another Jackie O. 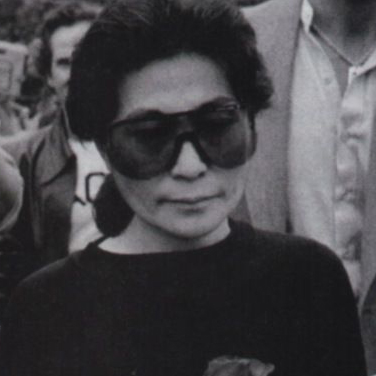 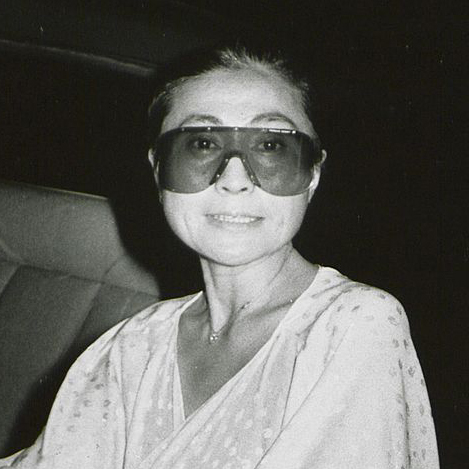