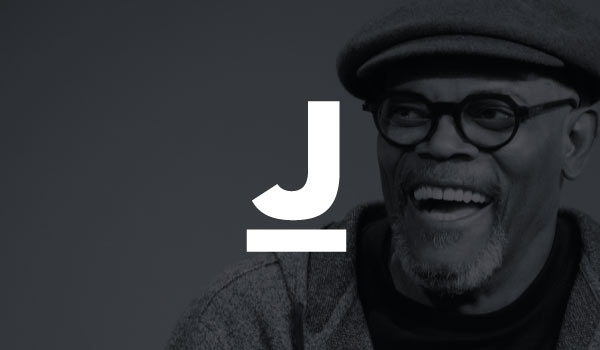 Sometimes more is more. Jacques Marie Mage’s beautifully-made and delightfully over-engineered frames convey something imposingly opulent, luxuriously monumental and deliriously huge. These thicker-than-needs-be pieces, with their great, big hinges to die for and chunky Japanese acetate, look, to me, like the way a Bentley’s door shutting sounds: profound and resounding, seductively substantial. Also producers of the Dennis Hopper-inspired sunglasses, and based in California, Jacques Marie Mage are a relatively new designer whose rise and rise reminds me a little of Dita’s. I would not be the only Jacques Marie Mage stockist in the West End of London if I didn’t love the way they draw from iconic pieces of the past to create iconic ranges for the future. 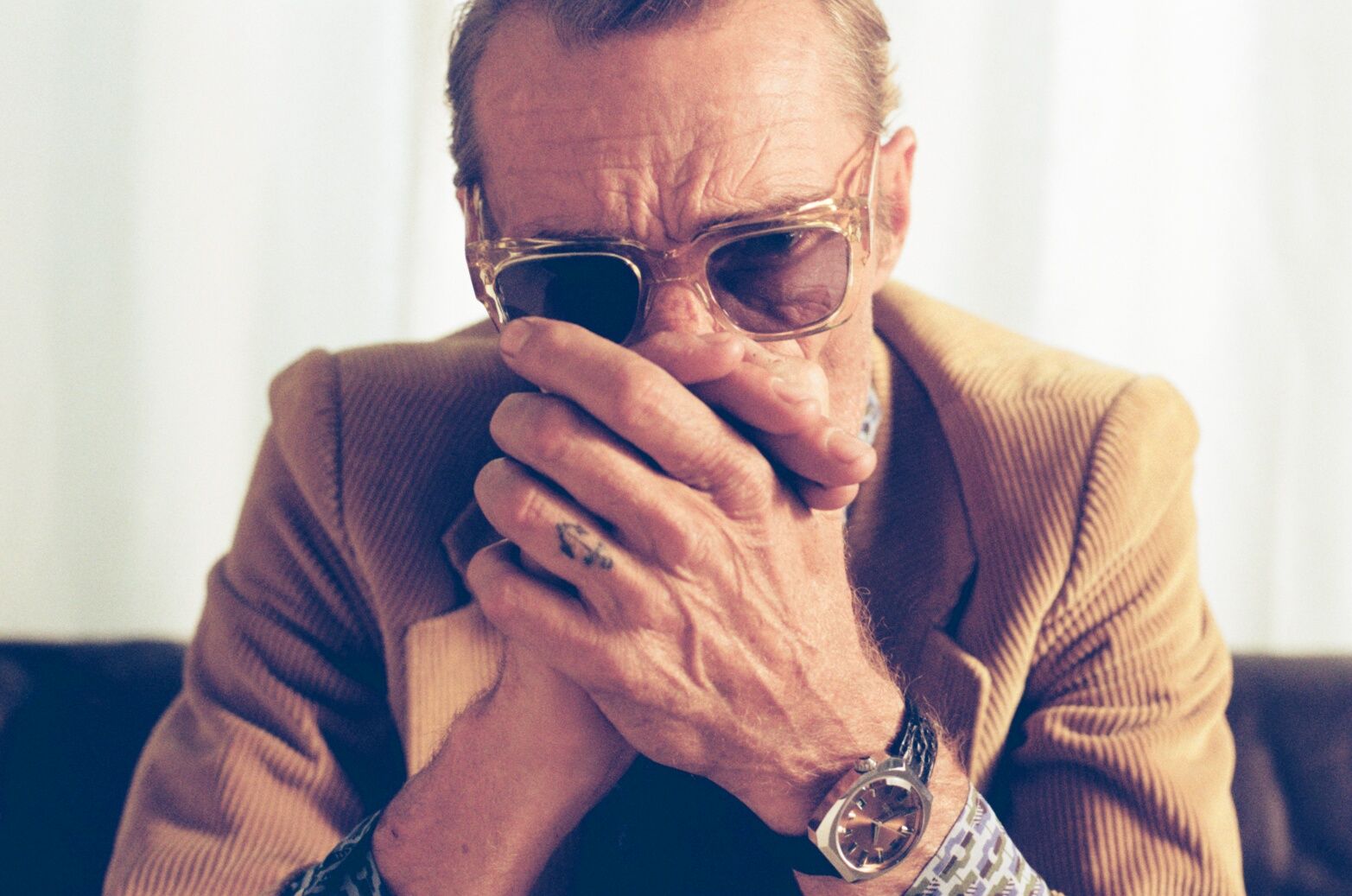 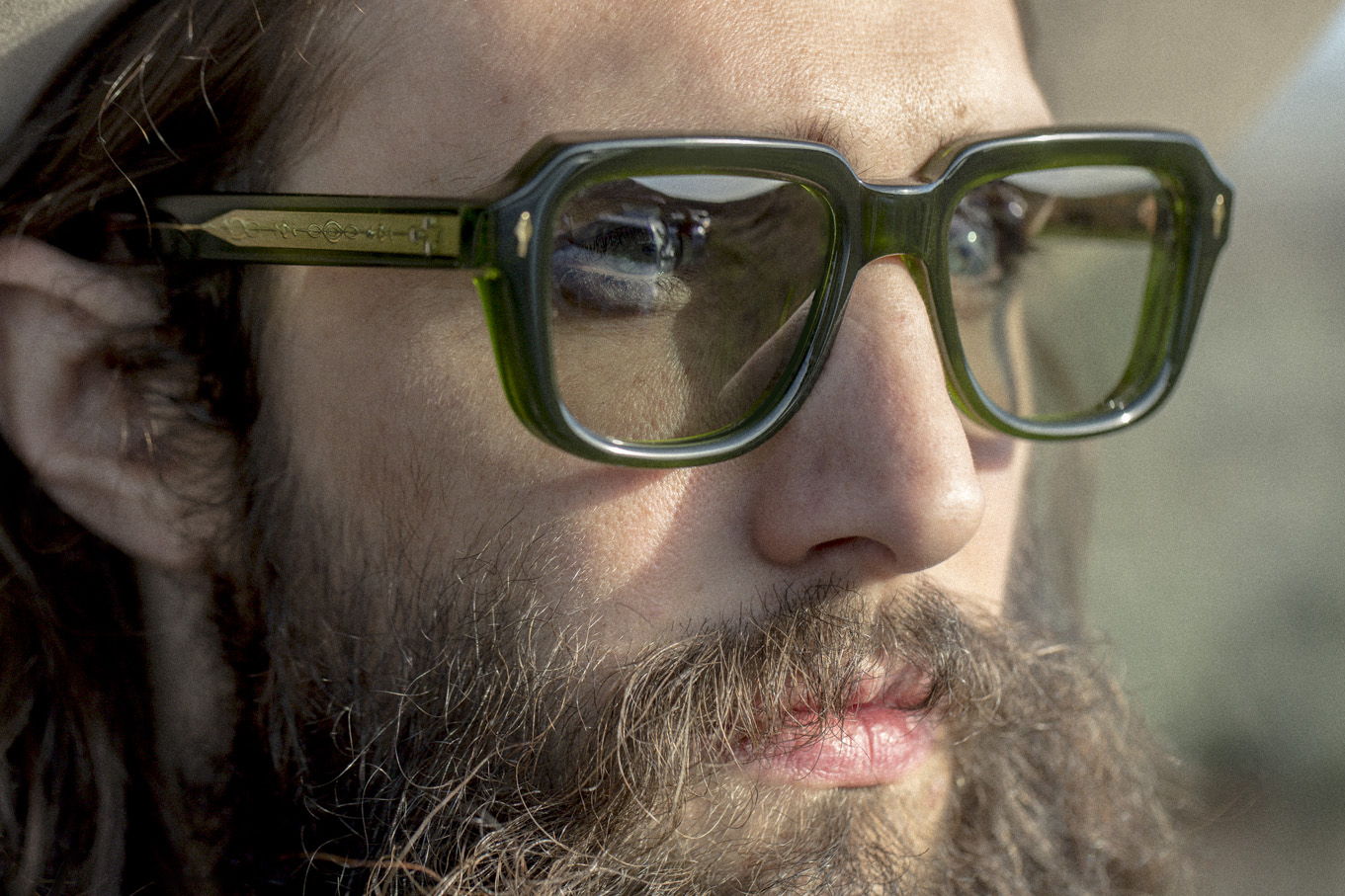 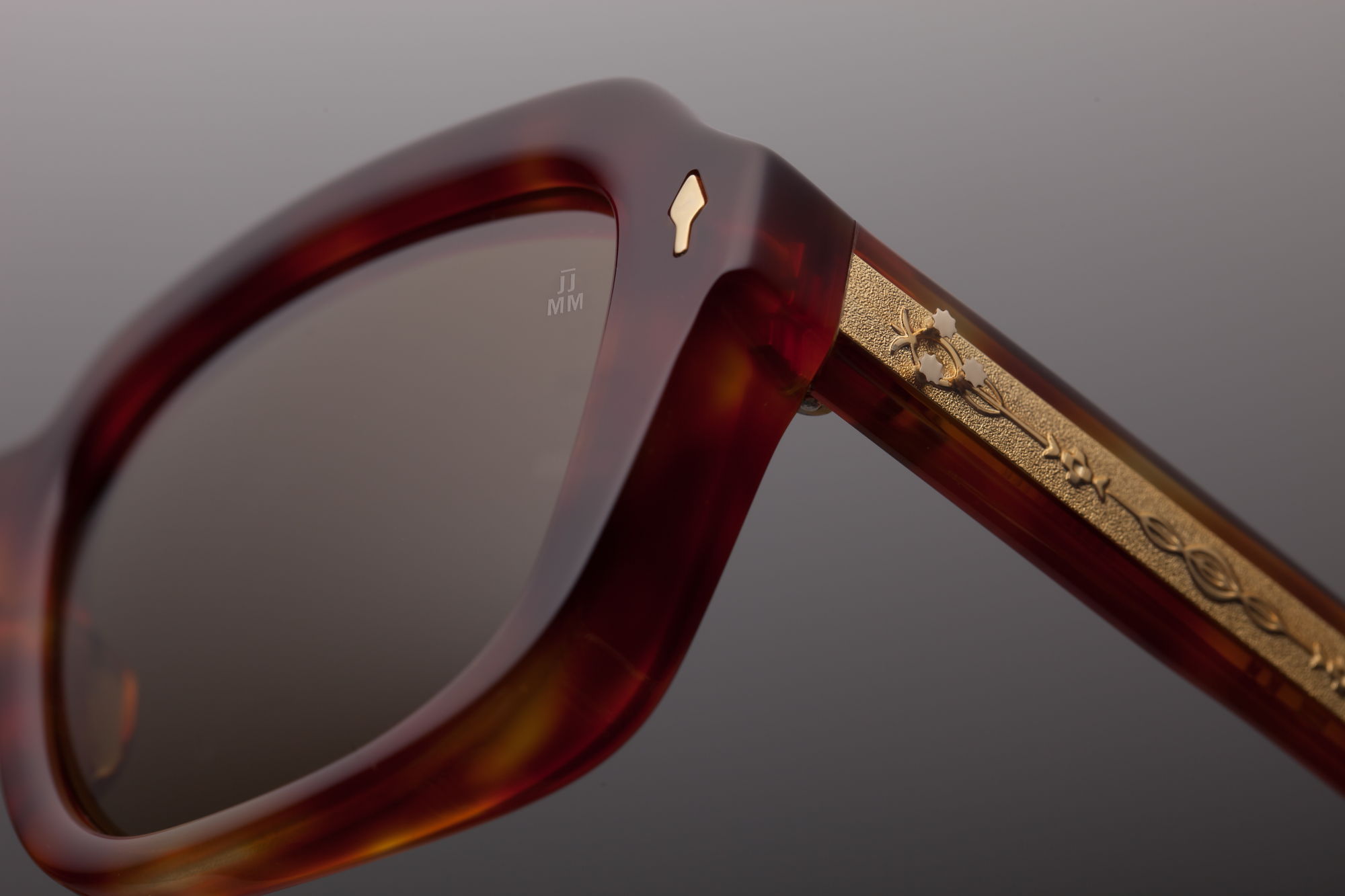 I’ve not sold him any, but this guy has a different pair of glasses for every outfit he wears.

Update: I’ve actually just styled him for his latest film, and also sold him a pair for himself. 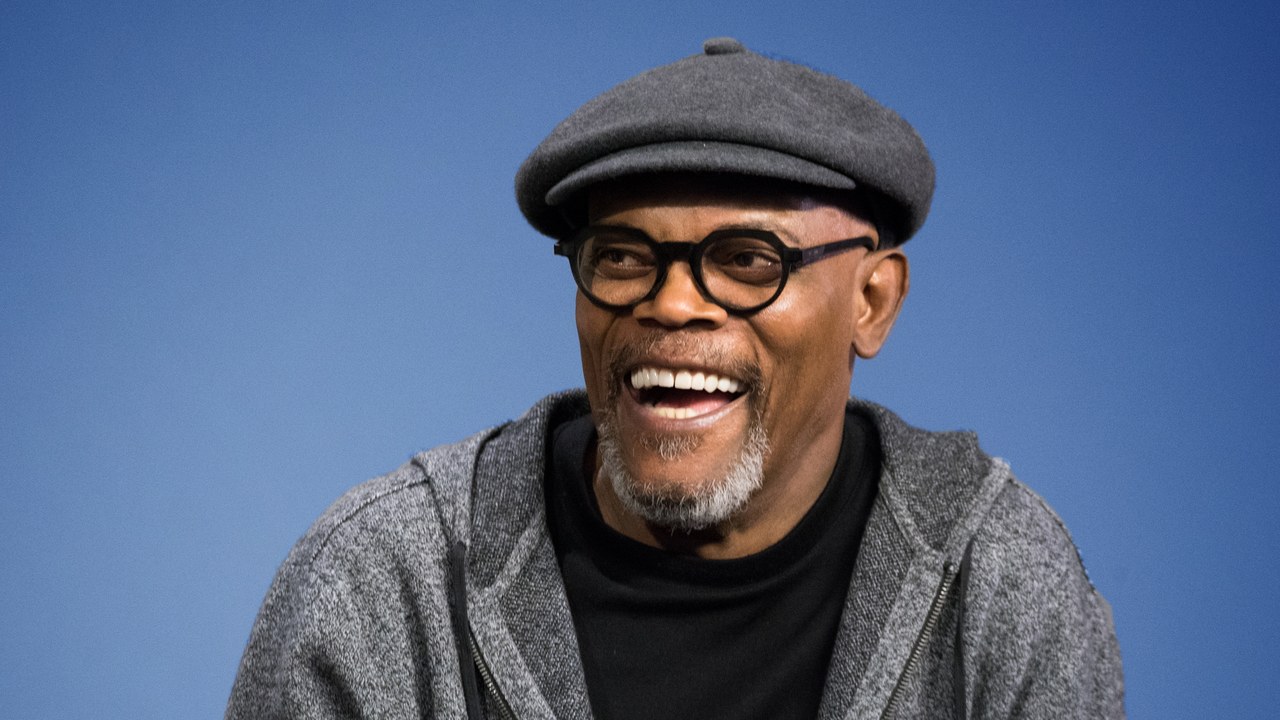 The Jenkin family are highly significant players in the history of British spectacle manufacture, with key man Lawrence Jenkin, now in his seventies, still working out of a small studio in the Algha Works in Hackney Wick. Lawrence’s father had started out as a binoculars salesman in the nineteen twenties. By 1946, he was successful enough to buy out the failing Anglo-American Optical Company and turn it around. In 1968, Lawrence, along with his brothers Tony and Malcolm, took over and renamed the business Anglo American Optical. Lawrence started designing his own spectacles and in the nineteen-eighties had a massive hit with the ‘Chelsea’, the outsized and colourful frames popularised by celebrities like Christopher Biggins and Su Pollard and still much-loved by older ladies today. I have known Lawrence for thirty years and he taught me how to do many things, especially how to work with real tortoiseshell. Nowadays, Lawrence Jenkin is one of the only British optical designers left, one of the only people who can make a bespoke pair of spectacles from scratch. Sad as it may seem, we could see the end of Anglo American Optical as the end of the British optical industry.

I am not exaggerating when I say that Sir Elton John is the most iconic spectacles wearer of all time. Extravagant eyewear with crazy features like windscreen wipers characterised his imperial phase in the seventies and maybe even symbolises the whole decade’s reputation for excess and experiment. I once had the privilege of meeting Sir Elton at a party. He came up to me and said, ‘you’re the spectacles man,’ which I thought very flattering coming from the Rocket Man. He invited me to come over to his house to see his collection of a thousand pairs of glasses, all made to his prescription. Allowing me to view this vast and legendary array, the Holy Grail hoard of eyewear, was because he wanted me to design him a pair of glasses. I have to admit that I never got around to it. This was all before The Eye Company and before I’d started to design my own ranges. And what do you design for Elton John – let’s underline that: for ELTON JOHN – when you’re not already a designer? What a lost opportunity, though. It would have been amazing to have made some glasses for Elton John. 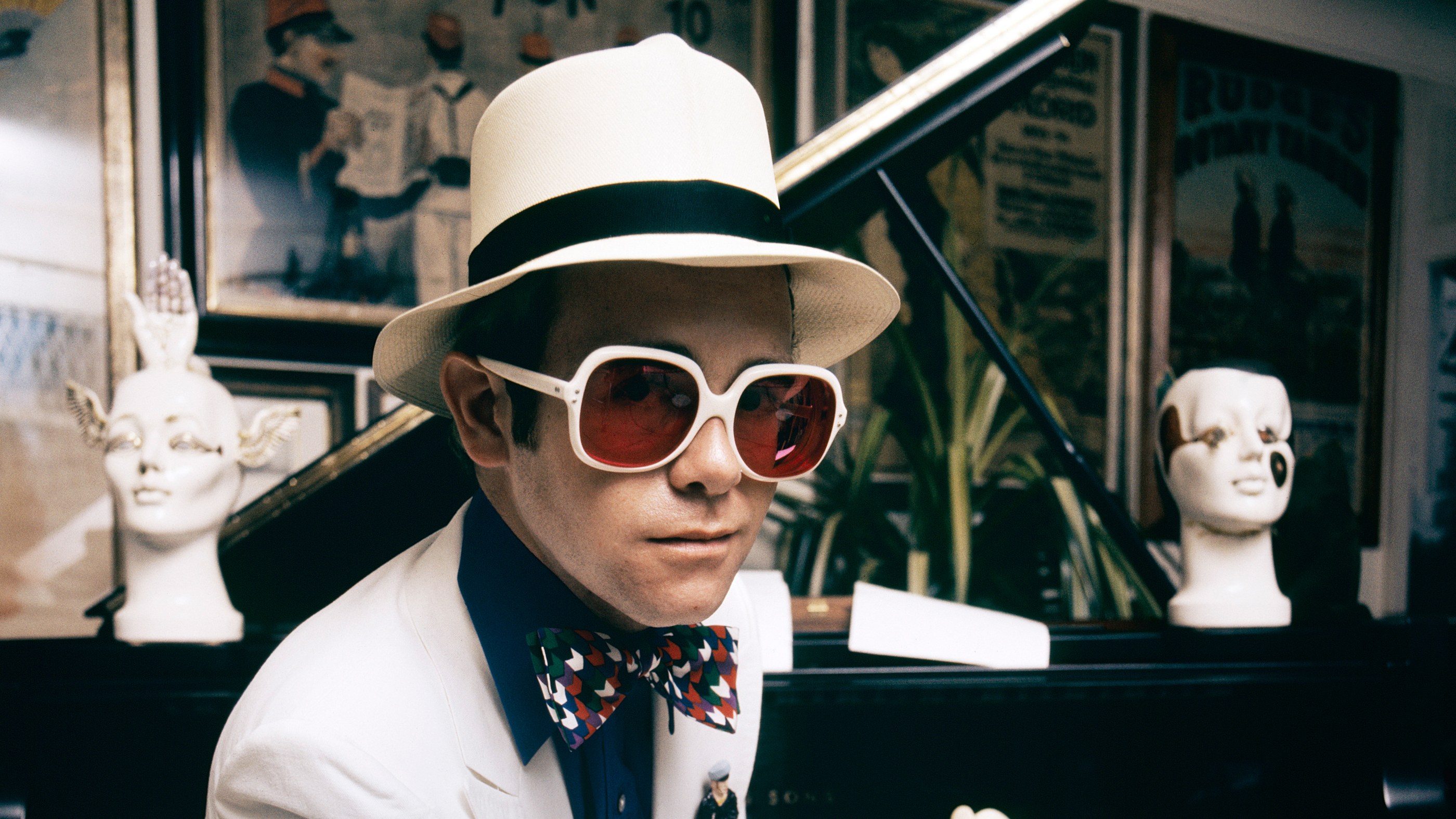 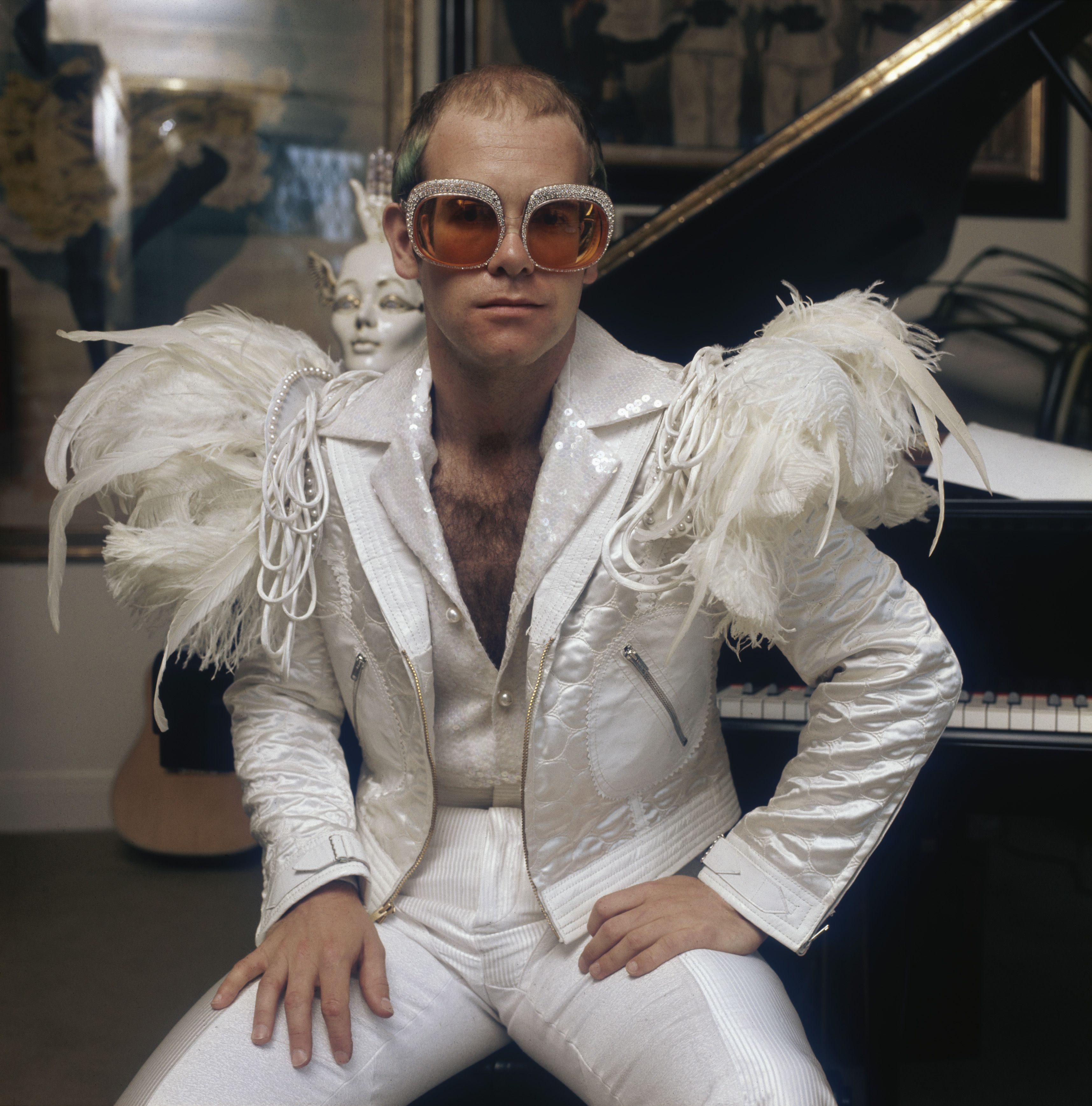 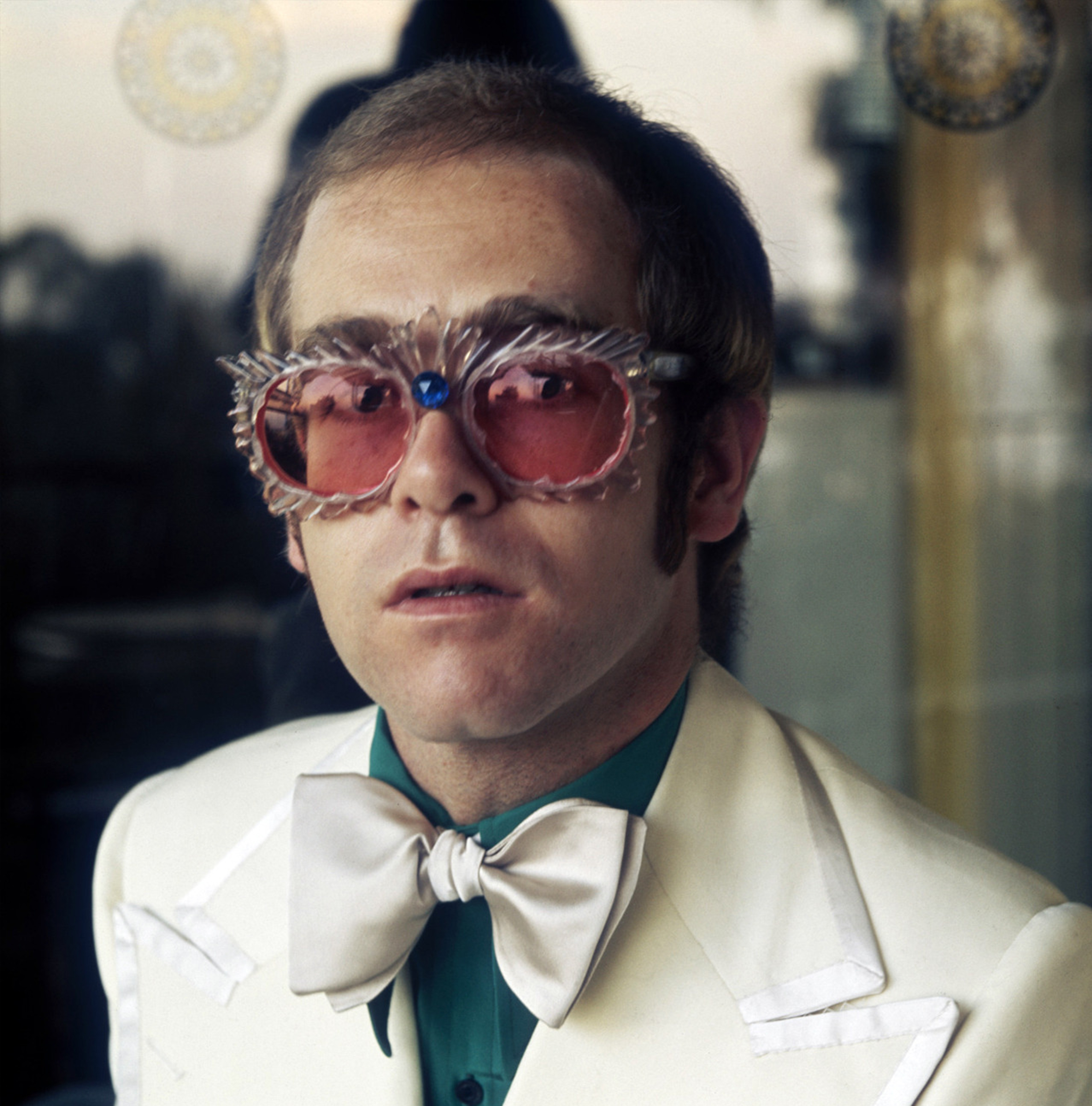 An old legend says that the history of eyewear begins with the stretching of a single nail. In 1796, in Les Arcets, a village in Morez in the mountainous Jura region of eastern France, a nailsmith called Pierre-Hyacinthe Caseaux had the idea of twisting and stretching out a nail to make a frame for lenses used for the correction of eye sight. It’s a nice story but I don’t believe it’s remotely true. Spectacles have been around in one way or another since the Italian Renaissance at least. But the story of Pierre-Hyacinthe Caseaux and his nail certainly provides the creation myth for Morez as a world-renowned centre for spectacle design and manufacture. The Jura region now accounts for 80% of France’s eyewear industry. Over sixty specialist businesses are based in the Jura, including L’Amy, Julbo Cottez and Jullien, 3’500 people work in this cluster of factories and studios and over 10 million pairs of mainly metal-framed spectacles are produced every year. It may not have started with a single nail but there is certainly a thriving eyewear industry up in those French mountains.