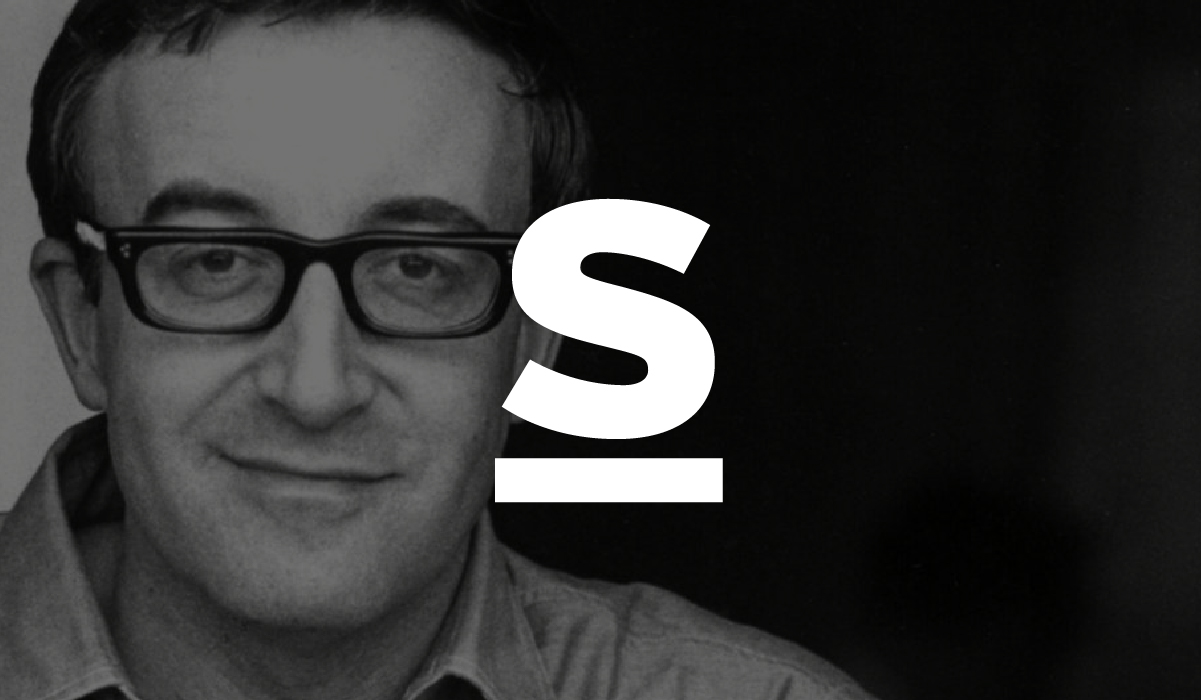 It becomes apparent quite soon that in Europe the great concentration of iconic eyewear designers and manufactures is in Italy (think Persol, think Luxottica). Safilo group may come second to Luxottica in terms of size, but scores much higher in the credibility stakes by being the oldest spectacle maker in Italy. The company has its origin way back in 1878 when a factory to produce lenses was opened in Calalzo di Cadore, in the Venetian Alps. It became known as Safilo in 1934. They pioneered and patented the Elasta hinge, own and distribute a number of brands, such as Carrera, Polaroid and Oxydo, acquired a retail chain in the USA, and have their own-branded frames. Their network is certainly not as extensive as Luxottica (obviously) but then again, they have that pedigree. I used to have a pair of Safilo UFO sunglasses, a bright-red-rimmed affair that I adored when I first starting working with eyewear in the early eighties.

Shuron may well date back to 1865, pre-dating even Safilo, yet it was in the late 1940s and the 1950s that they had their imperial moment and defined the look of an era with their Ronsir frame. Designed by company vice-president Jack Rohrbach in 1947, the Ronsir, with its heavy browline and distinctive hoods was the look of the serious man well into the 1970s. Think Malcolm X; think just about any secret service agent in any movie you have ever seen. When we see Michael Douglas as D.Fens in 1993’s Falling Down, it’s his Shuron Ronsirs that inform us through cultural osmosis that this man is a spook, this man is FBI, this man is an American agent of some stripe or other, and this man is not to be trifled with. The Ronsir is another milestone in the history of eyewear becoming more than just an instrument for optical correction and instead something about who you are, what you believe in and how you expect to be treated (in the case of the wearer of a pair of Ronsirs, with respect). 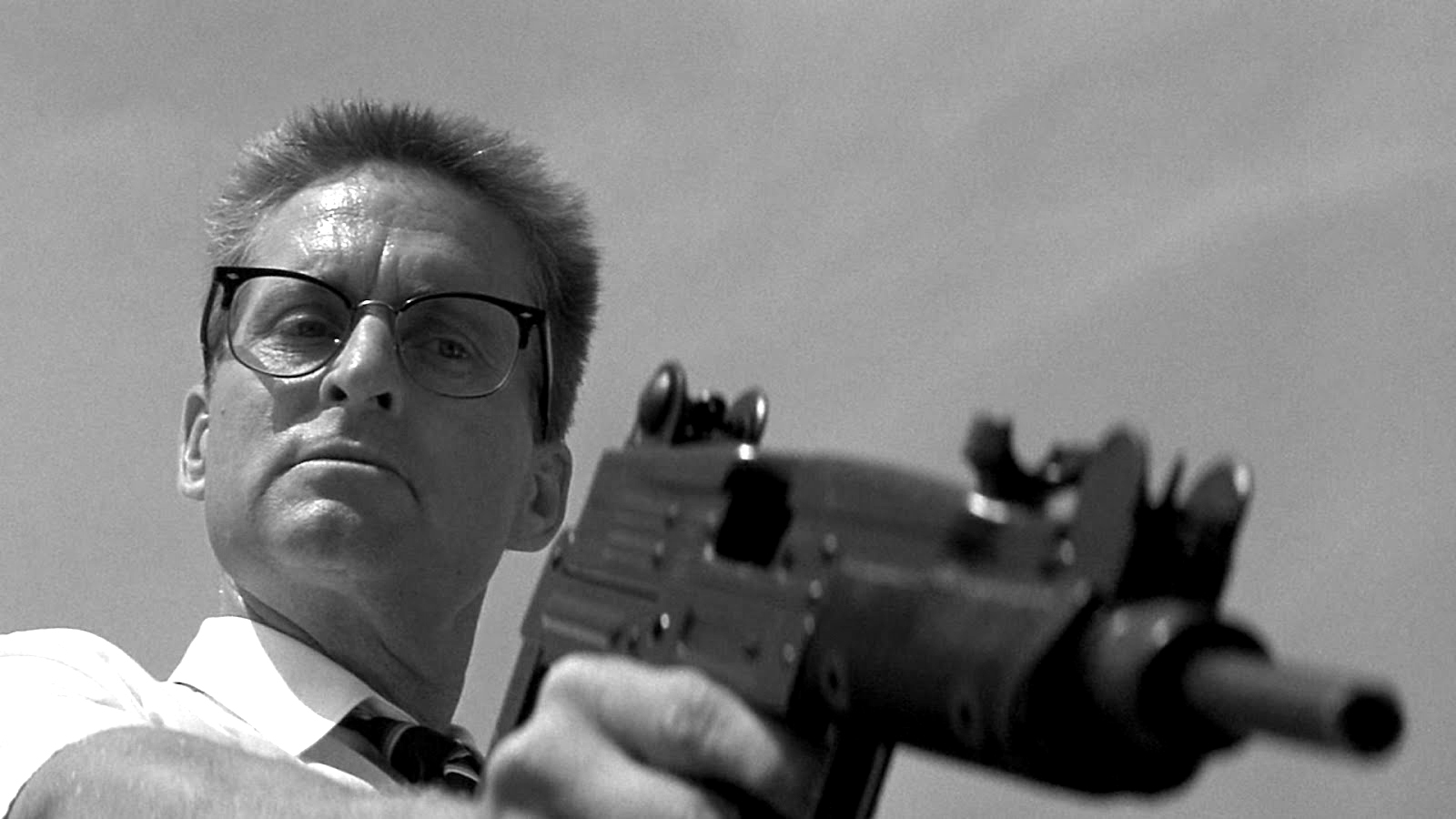 In the 18th century, an optician dealt in all sorts of other items than just those used for the correction of sight, basically any item of equipment that required a lens:  microscopes, telescopes, ships instruments in addition to rivet spectacles. Rivets were wooden, metal, ivory or horn framed lenses, connected by a central rivet so they could be folded neatly together. They perched on the wearer’s nose rather like  pince-nez but could easily fall off and needed to be constantly balanced by one of the wearer’s hands.

They had remained unchanged since 1300 ( see Reading Stone), as had the intrinsic problem: how to keep the blighters stable. This all changed in 1730 when Edward Scarlett, owner of an optician’s shop on Macclesfield Street towards the southern side of Shaftesbury Avenue, solved the one big problem that had been bedevilling opticians for centuries: how to make the rivet specs stay on when you couldn’t hold them up with a hand?

Many unlikely solutions had been offered up beforehand, the hanging of the spectacles from the brim of a hat, for example, but it was Scarlett, if he didn’t come up with the invention himself, who was the first to advertise that he was now selling a device that would allow you to see and use both hands for other purposes, like eating and reading a book simultaneously. The first milestone change to eyewear technology for 500 years was the addition of arms that rested behind the ears and connected to the frame at the temples.

Macclesfield Street is very close to the Eye Company on Wardour Street. As I walk the streets of Soho,  I often picture in my mind’s eye Edward Scarlett beavering away in his shop, making his frames and contraptions two hundred and eighty years ago, and then in my hopelessly romantic way imagine that I am carrying on that work, keeping that tradition of innovation and inquiry alive, that I am, in some small way, however metaphorical, however conceptual, walking in the foot steps of Edward Scarlett, the man who first gave us the completed spectacle frame.

Next to Michael Caine, Peter Sellers must be the second most iconic British wearer of spectacles of the 1960s and 1970s. The look of both these men, Caine and Sellers (both with think framed, black glasses), has been very influential to my own Bertie Hudson range of eyewear. Much as Jacques Marie Mage tried to bottle the spirit of Burt Reynolds’ film persona, I tried to suggest something of Sellers and Caine in my Marco and Tom ranges respectively. Caine, for me, was boisterous and flamboyant, the snake-eyed lighter-up of smoke-filled rooms, dominant, kind of brash, rowdy even, while Sellers, from where I am standing, was not at all garish nor overconfident. He was thoughtful, elegant, the quintessential English gentleman, as equally strong as Caine but less careless, more composed.

Like a lot of key characters in the history of eyewear fashion, both Sellers and Caine can be used as cultural shorthand that takes us to a styling concept really quickly and drags in with it all its associations and suggestions. Just as you know what you are talking about when you talk about Jackie O, you know what is being conjured and evoked when you refer to the  Peter Sellers effect in a pair of spectacles: a warm wit, unalloyed charm and a sense of fun, impeccable manners and the epitome of the classicism and ease of mid-century style. This is what my Marco range tries to channel. My Tom range is more full of itself and is bold and brazen like the Caine of The Italian Job and Pulp. 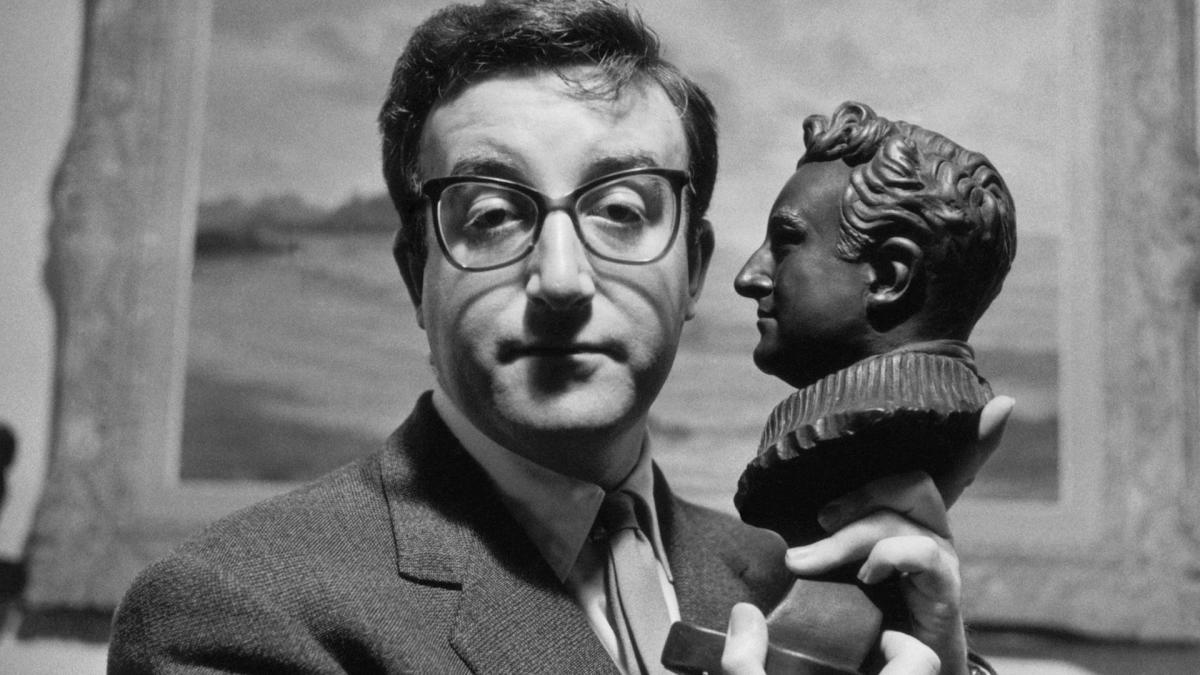 Notable French architect Philippe Starck, a man, it would seem, who can turn his hand to the design of anything, made his triumphal entrance into the world of eyewear by teaming up with Alan Mikli to form Starck Eyes. These two really should have been trailblazers. Key to their concept was a 360-degree flexible side connected to an innovative hinge, the biolink. Compared to the human clavicle, the biolink can move in all directions and withstand ‘tensile loadings of over 50kg’ (i.e., it’s harder to the snap off the arms than it was in the time of Edward Scarlett). This is interesting in terms of design. A designer needs to solve the problems inherent in the activity that the device he or she is creating needs to operate (in our case, to sit on the ears and align with the eyes). The biolink is a good example of what happens when you design without really knowing what the problems are in the first place. One of the challenges we as opticians at the sharp and practical end of fitting frames confront is that faces are often not fully symmetrical. Many of us have one ear higher than the other, not in any way that could be noticed but enough to cause tightness or chafing behind the ear, or make the glasses look slightly skewed or tilted. The problem with the 360-degree, clavicle-like biolink hinge is that you can’t adjust it. It’s fixed. I can’t fit them, because I can’t adjust them, and as interesting and appealing as the Starck Eyes designs are, if I can’t adjust them, I can’t stock them. A fine pair of spectacles needs to, at the very least, fit perfectly and to fit perfectly they need to be fitted perfectly by an optician for whom anything lesser would be a dereliction of duty.