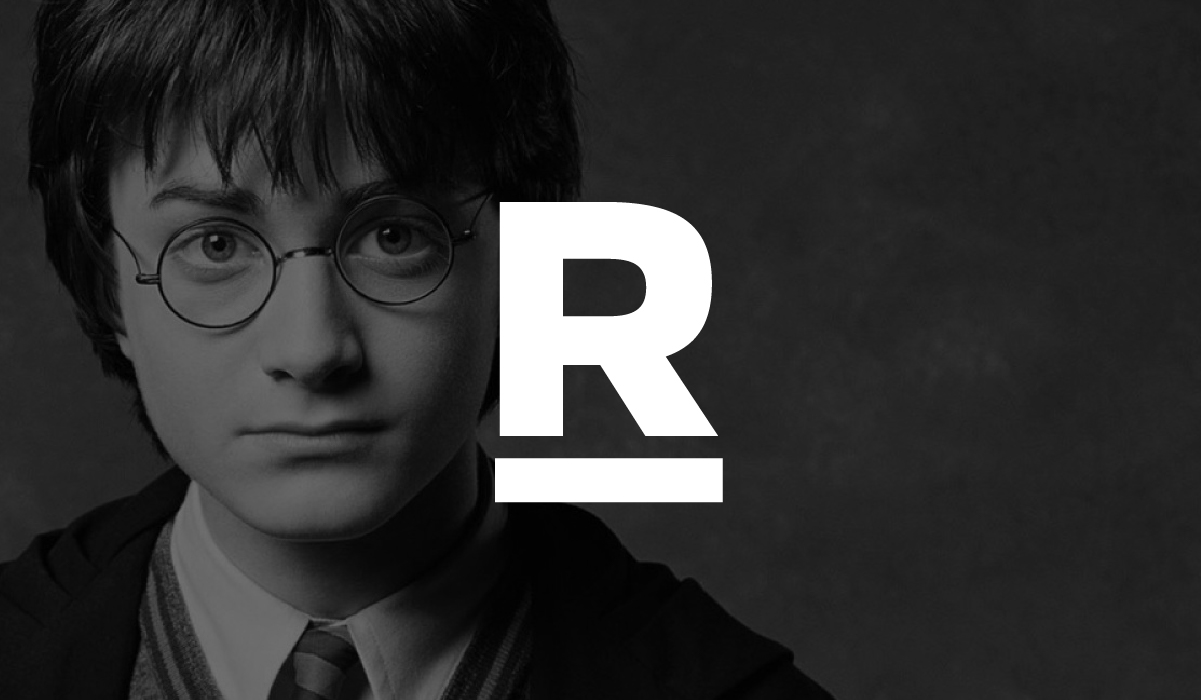 An early optical pioneer and inventor of the flexible spring hinge also known as the meflecto system, Ratti joins our pantheon of eyewear legends by being the founder of Persol, one of the world’s oldest, most innovative and, need we say it, coolest brands.

Everyone so associates Ray Ban with the Wayfarer, the most iconic pair of sunglasses of all time (proof being that anything like it is assumed to be a Wayfarer, like Audrey Hepburn’s Oliver Goldsmith frames in Breakfast at Tiffany’s). Ray Ban’s reputation, however, was built not on the Wayfarer but its more practical, though in the end equally cinematic, predecessor, the Aviator.

Tracing the origins of the Aviator takes us back to a time when the function of sunglasses was as a tool to offset glare rather than as a style item or fashion statement. In 1929 US Air Force colonel John McCready was working with Bausch and Lomb to produce sunglasses that would reduce the intense blues and whites of the sky that could dazzle or obscure the vision of pilots. The earliest prototype – the ‘Anti-Glare’ – had plastic frames and green lenses to cut out excess shimmer and shine at high altitude but still sharpen eye sight. 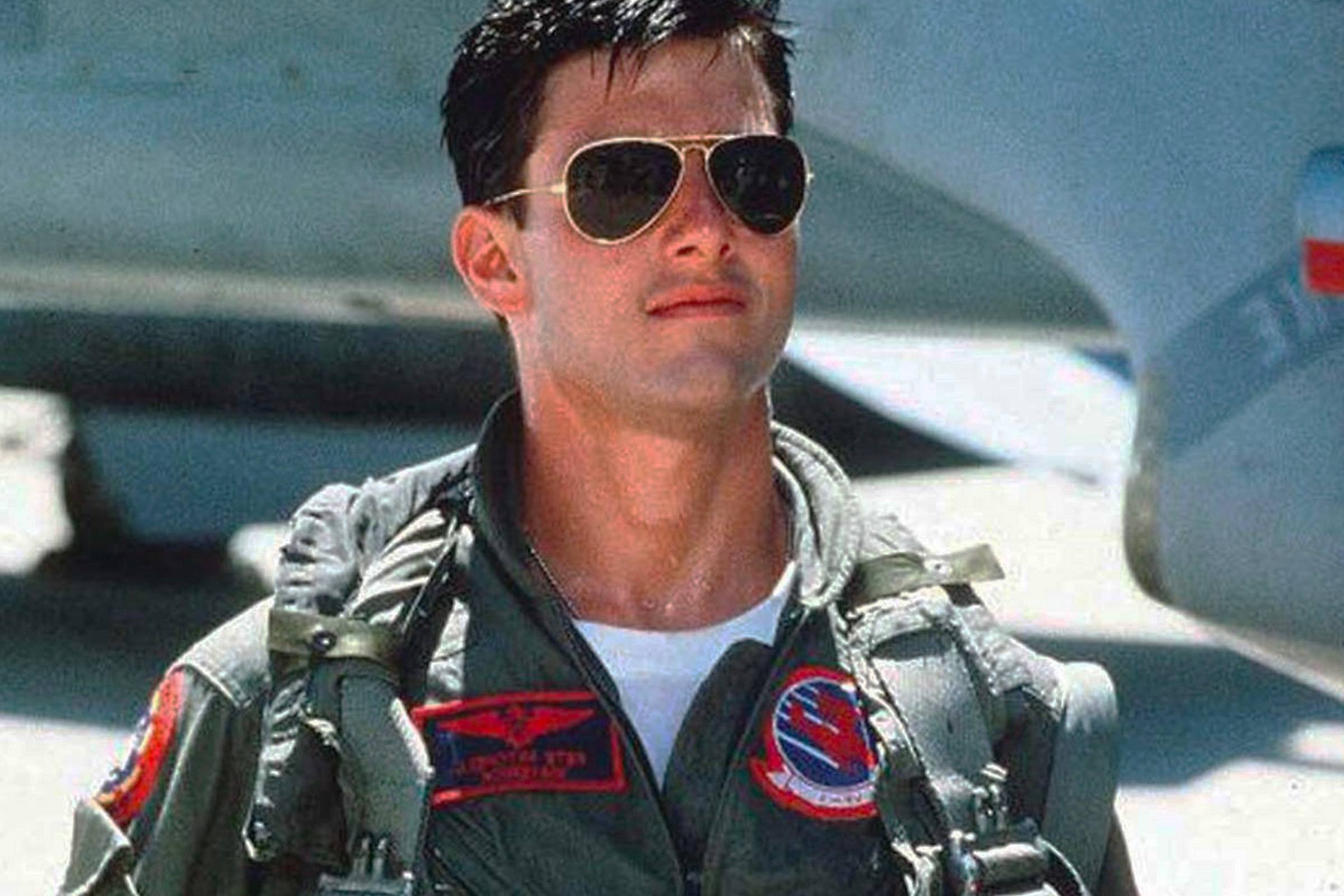 Ray Ban was founded in 1936 as a separate company but still under the Bausch and Lomb umbrella. In 1938, its principle property, the ‘Anti-Glare’, was given an upgrade with the addition of ‘impact-resistant’ lenses. In 1939 the metal frame and green-tinted lens arrived. It was only a short wait until 1986 for Tom Cruise to strut around in Top Gun sporting a pair of Aviators (not that the frames were not an immediate hit with real live aviators and anyone who wanted to affect the glamourous image of a pilot). Even though Ray Ban went on to add the yellow-tinted Shooter, the square-framed Caravan (or Echelon) and the successful and also recognisable Olympian (as worn by Peter Fonda in Easy Rider), the brand is still synonymous with the Wayfarer (JFK’s favourite shades) despite the Aviator being more significant in establishing them. Although originally an American company that emerged from a particularly American eyewear landscape, Ray Ban became an Italian company in 1999 when our favourite mass-manufacturing machine Luxxotica bought Bausch and Lomb for $640 million. Using fully-automated factory processes devoid of human love, craft or contact, Wayfarers are now pumped out more cheaply in Italy than if Ray Ban had been acquired by the Chinese.

Much as I would have liked to – and many would believe me if I said I had – I did not style Daniel Radcliffe’s Harry Potter spectacles. I did, however, have a minor, more walk-on, support role in the styling. Introduced to the production of the first film by Simon Murray, a costume designer with such a vast and varied collection of eyewear he’s known as Mr Specs, I fitted the lenses for the frames Radcliffe wore in Harry Potter and the Philosopher’s Stone.

The boy wizard’s simple round black metal spectacles in the film are based on an Alga [link] design, originally for the NHS, that was later revived in their Saville Row range as the Warwick. How I came to own several of the pieces from Harry Potter and the Philosopher’s Stone is that early in the shooting Radcliffe realised he was allergic to nickel, a key component in the Warwick, and hence the frames had to be redesigned without that metal. The nickel variants ended up in my collection. Even so, allergy-inducing or not, Daniel Radcliffe wearing those frames in the Harry Potter films had a massive influence on how wearing glasses was seen by children and young teenagers. It made sporting a pair of studious-looking specs seem cool for a change.

Although I don’t fit frames for many children, if I did and asked, ‘Would you like to look like Harry Potter?’ the answer was inevitably, ‘yes, please’. Alternatively, the Harry Potter connotation had a negative effect on people in their twenties and thirties who wanted more sophisticated eyewear that didn’t make them look schoolboyish or wide-eyed and innocent. In this context, looking like Harry Potter could be seen to remove from them adult aspiration and appeal. A pair of Harry Potters could provoke the same cringe as a Dame Edna Everage [link to E, Everage] or Dierdre Barlow. 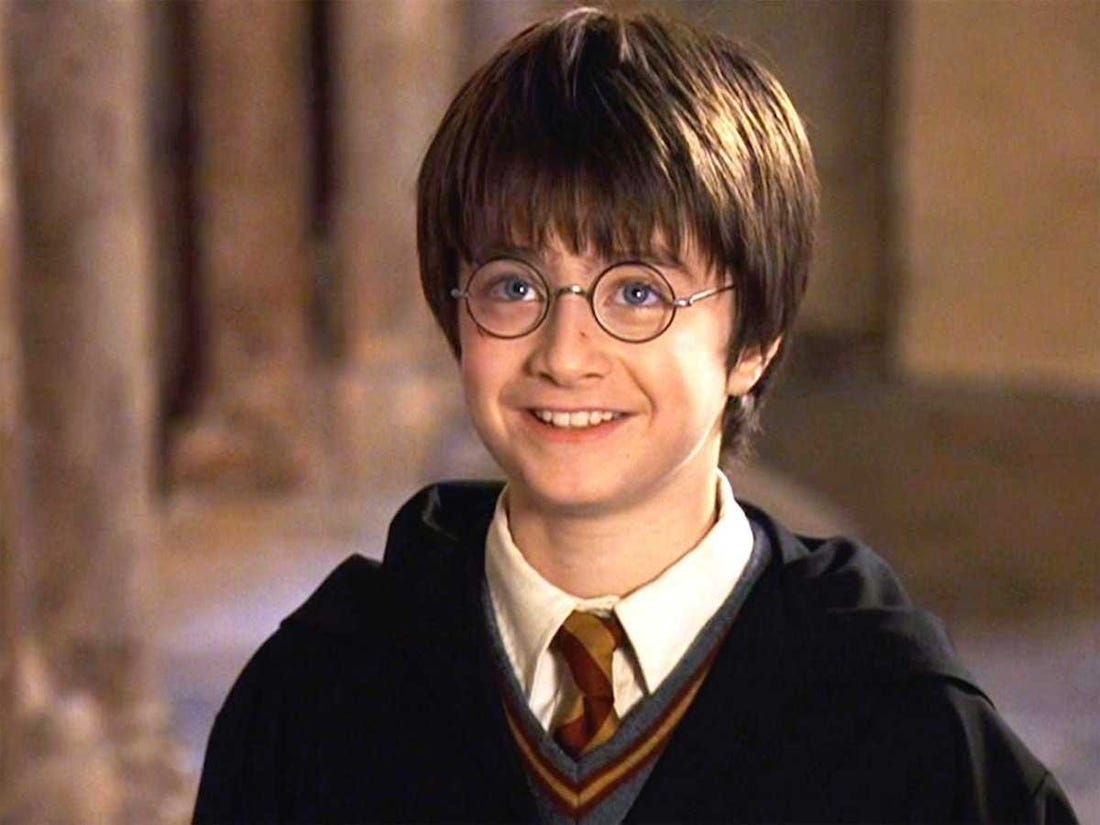 Burt Reynolds is not, unlike other actors we could mention – Michael Caine, Peter Sellers, Grace Kelley or Sophia Loren – known for any signature eyewear. Instead, Burt conjures an aura of male magnetism, transmits a certain raunchy playboy vibe. He’s cheeky, laidback, butch, brash and effortlessly sexual, a hit with the ladies in the penthouses and on the poolsides of sixties-seventies cinema. Maybe something in the gradiated tint of some Aviator-type eyewear might contain a little tincture of essence of Burt, but even so, there’s nothing as tangible as Caine’s relationship with the Oliver Goldsmith frame, nothing definitive, epochal. Even so, beefy Burt has inspired a range of eyewear, Jacques Marie Mage’s Reynolds, sturdy titanium frames with a double bridge and distinct tailfin temple tips.

These frames evoke something of the spirit of Burt’s onscreen persona yet they are like nothing he ever wore. I am fascinated here how the image or persona of some people can encapsulate an entire era or the spirit of an age, like Louise Brook’s bobbed hair, Frank Sinatra’s fedora hat or Grace Kelly’s the upswept cat’s eye sunglasses. All we have to say is ‘Burt Reynolds’ and we sense that slick and sassy persona, that prime-of-life male vitality and devil-may-care attitude, the easy charm and the whiff of cologne, the limey tang of mojitos. A great designer manages to take cultural sensations, vibrations and suggestions that are mere feelings and manifests them as something physical, that materialises in the real world. Art here is a language that everyone can understand but not speak. That a designer can take some idea of a period or character from that time and create something that people relate to is the habit of art, the raw disposition and sensitivity that separates the good designer from the great. On some level I have always dedicated myself to understanding this process.

Randolph do not have a massive presence in the world of eyewear but they are recognisable players, especially as the purveyors of Johnny Depp’s blue-tint sunglasses. Randolph – named after the Massachusetts town where they were founded in 1972 by Jan Waszkiewicz and Stanley Zaleski – are an established name but not one of the century-spanning brands that trace their origins back to the early days of corrective optical devices. Randolph now are best known as the sole contractor providing eyewear for the US military, having now sold hundreds of thousands of their four-sided Aviator sunglasses to not only the American armed forces but also those of Australia, Israel and others. As a result, the Randolph has appeared in endless films. Any film featuring US military personnel is liable to involve someone glowering behind a pair of Randolphs. It’s this that makes the Aviator iconic, not just a pair of sunglasses but part of our ongoing cultural life. 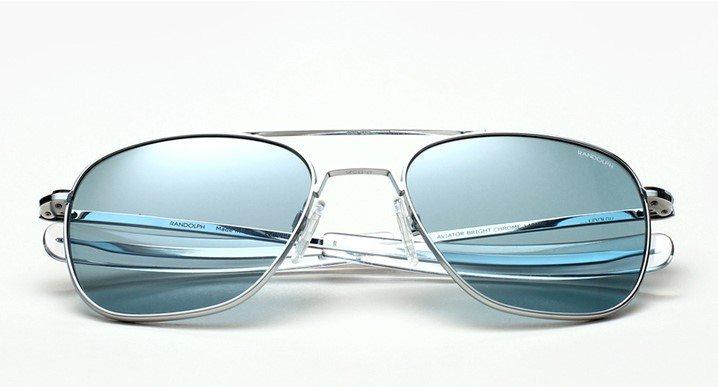 I don’t stock eyewear for sports and generally shudder when I see wraparound or garishly-tinted sports frames combined with business suits or smart casual clothing (see Oakley). Sports glasses are for the ski slope or running track, not the terrace bar or business lunch. Even so, should someone ask me for sports eyewear, I would always recommend a pair of Revos if they want something to look after their eyes as they huff and puff. Continuing our ongoing theme of the origins of eyewear being in the realm of the glamorous and dangerous occupation – mountaineering, motor racing – Revo came to be because of the Space Programme. In 1982, NASA astrophysicist and optical engineer Mitch Ruda developed a special coating to protect satellites from cosmic radiation. Then in 1985 he had a massive brainwave and thought, if this works to protect satellites, it should be able to do the same for our eyes. Thus Reva: the sunglasses from space. In the right situation, these are great glasses because they draw on all that NASA technology. I do recommend them (just make sure you have another pair of sunglasses for when you’re not drag-racing across the Kalahari or blasting yourself beyond the outer atmosphere). 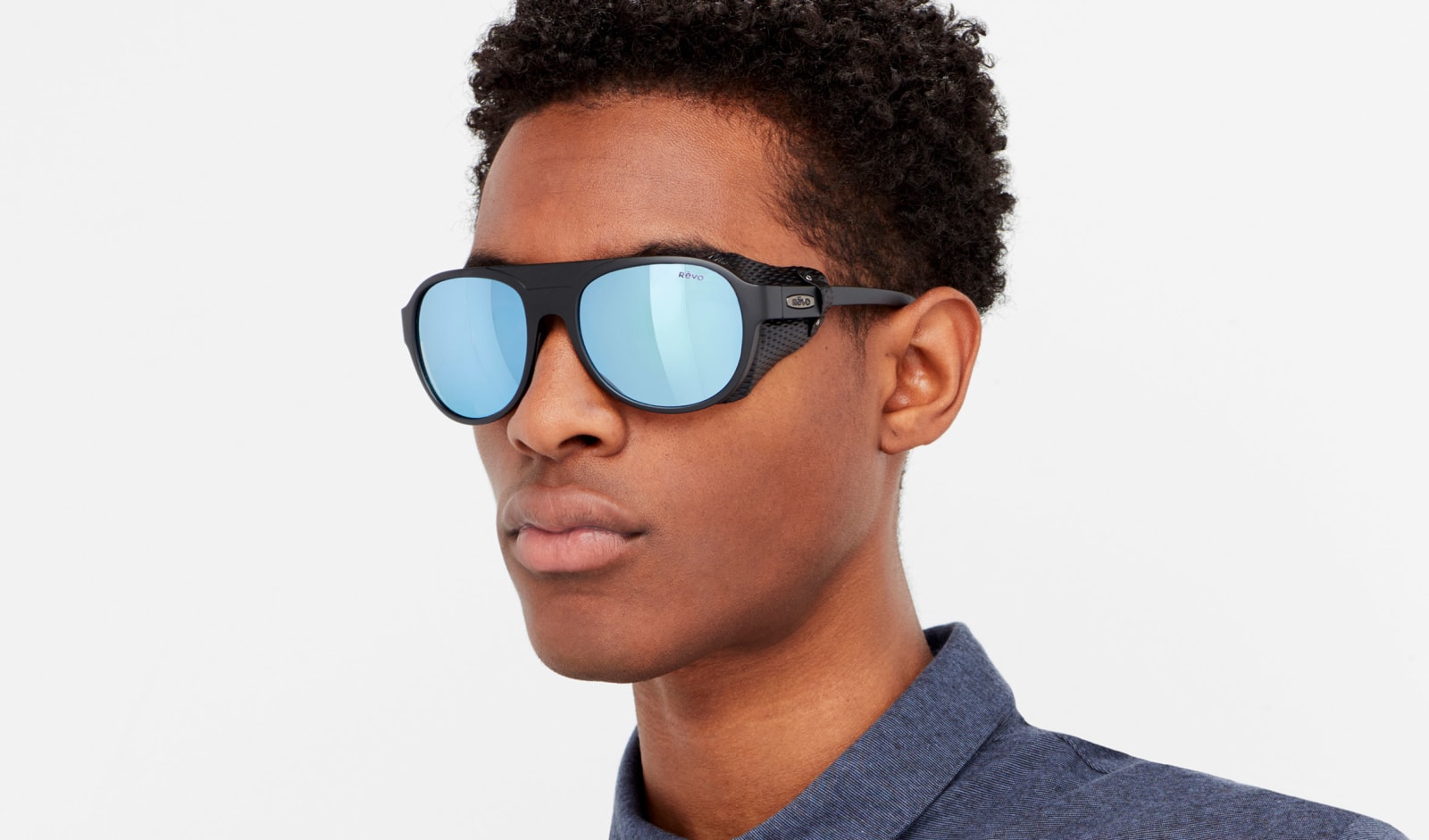 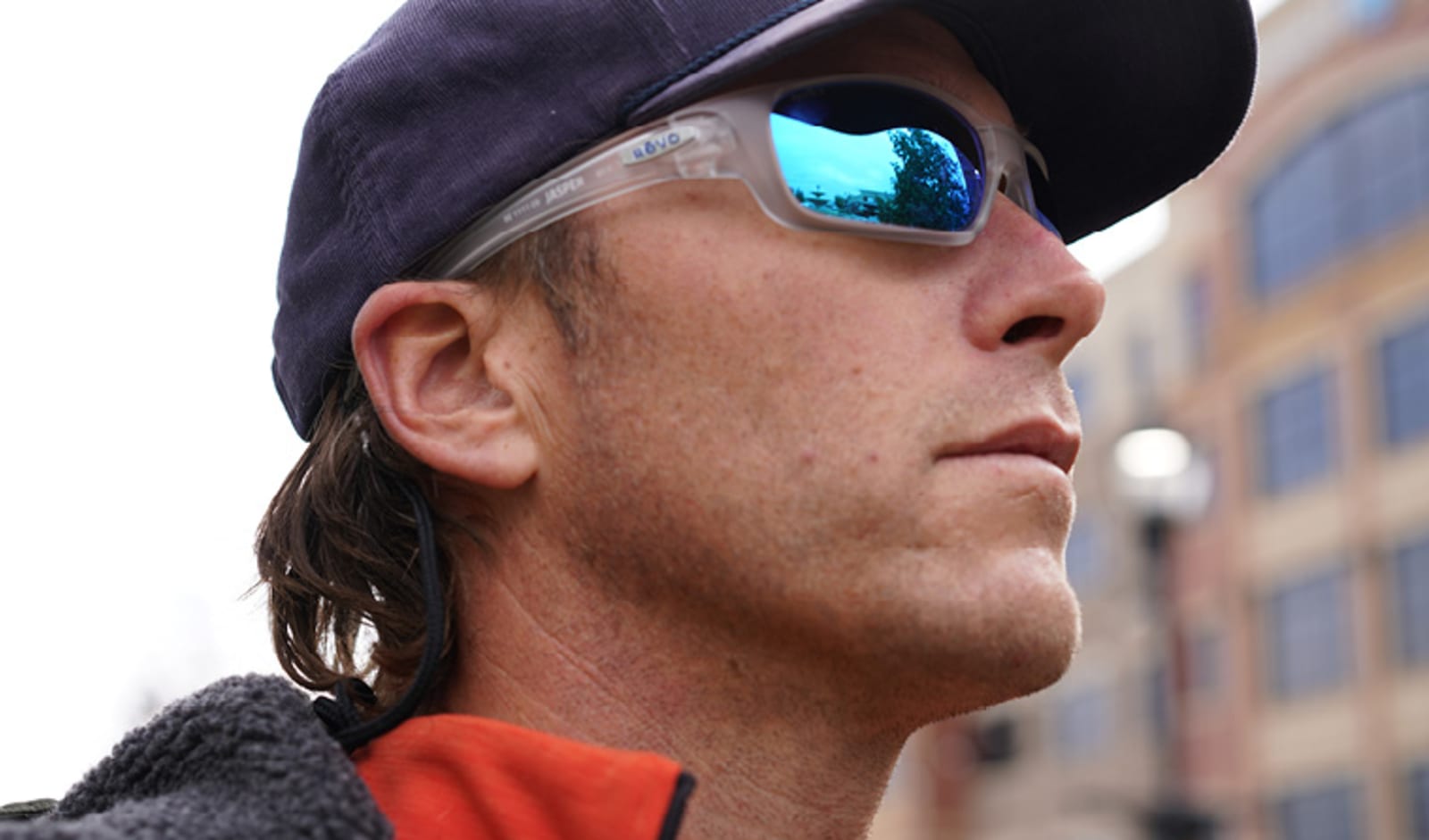 The earliest form of device for the correction of fading eyesight, the reading stone was a hemispherical lens that was placed on top of a text to bring it into sharper definition. This reading aid came to be around 1000 AD. What is interesting is that nothing at all happened in the history of eyewear until the invention of rivet spectacles in 1300. Technology moved at a less than snail’s pace in the Middle Ages.