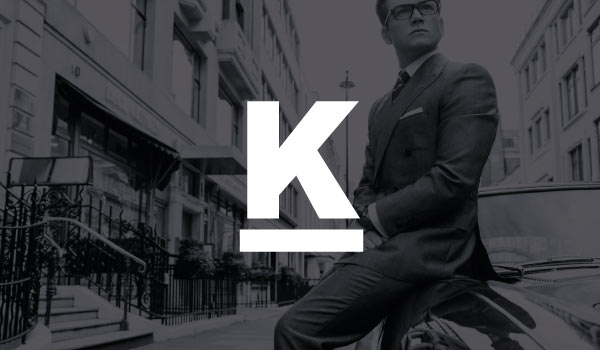 In the images of Grace Kelly I have in my mind, she is usually standing on the deck of a yacht and gazing calmly and coolly out at some blue horizon. A Hermes scarf is wrapped around her head but her whole look is encapsulated by her upswept cat’s eye sunglasses. These images will forever whisper to me stories of dazzling, romantic glamour. They contain, somehow, all the possibilities of youth and style. They heighten our sensitivity to what being alive can be like. Perhaps, above all, Grace Kelly shows us the full potential of a humble pair of sunglasses, how they can hint at all the charm and beauty in the world. After all, as soon as those images of Grace appeared in newspapers and magazines, people wanted to emulate her. She’s definitely one of the first people to make wearing sunglasses look glamourous. It had, in fact, taken us seven hundred years to realise that glasses could be fashion pieces. For most of that time, glasses have been a medical device to correct fading eyesight. It took five hundred years for us to invent frames with arms. Spectacle design stayed pretty much the same for the next two hundred years. It’s only in the last seventy or so years that eyewear has become glamourous, suggestive of something more, something otherly and chic. This transformation of eyewear from medical device to fashion statement occurs in parallel with the rise not only of mass manufacturing techniques but also global media during the nineteen forties. The arrival of internationally distributed glossy magazines, the cinema and television allowed someone like Grace to stand on a boat in attractive frames and make everyone else in the world want to look like her or be seen with her. 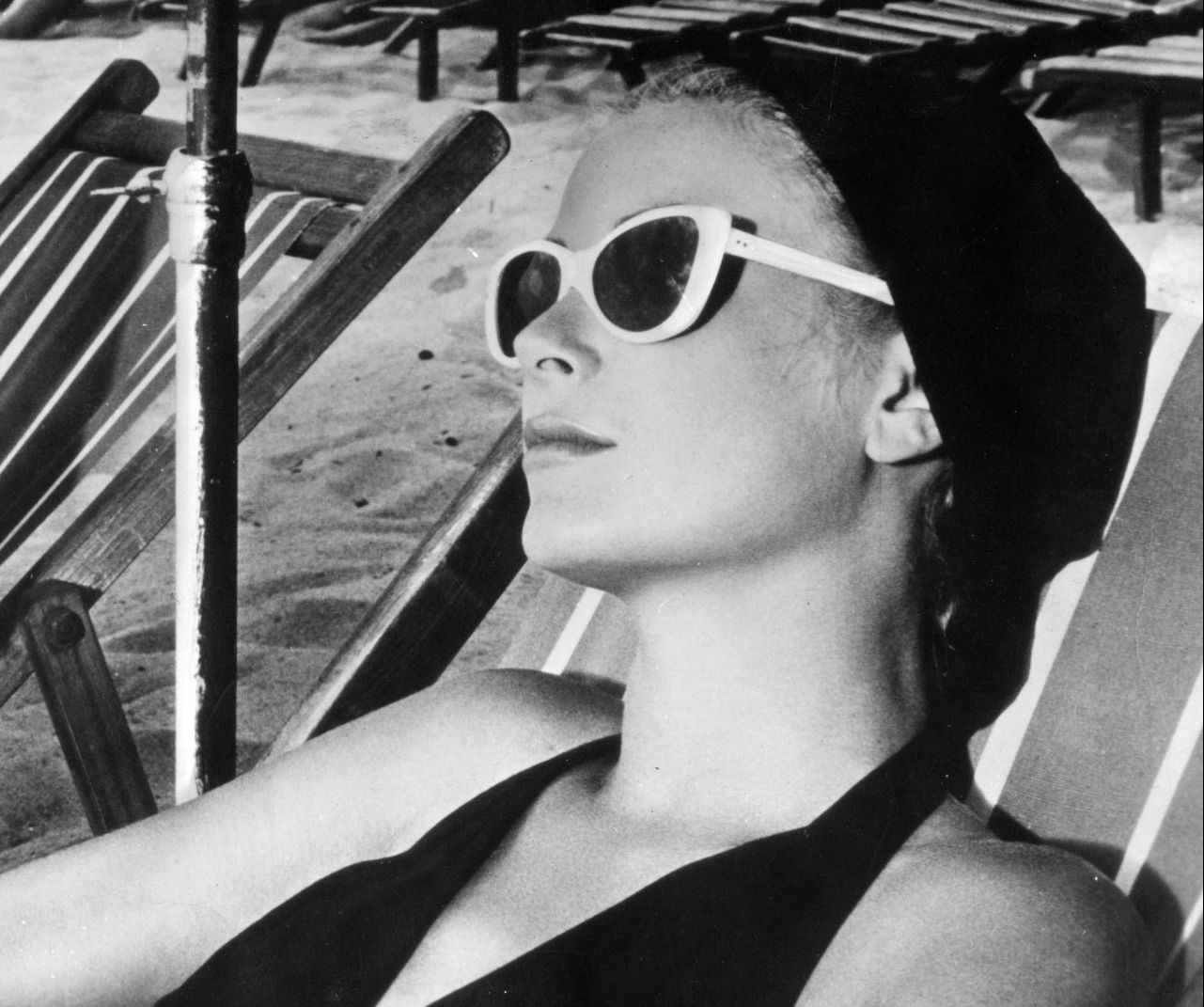 In this fantasy action thriller, the Kingsmen, secret agents complete with hi-tech weapons and gadgets, work out of a Saville Row tailor’s shop. It would obviously be more appropriate if they worked out of a Kightsbridge opticians as all of them wear incredible Cutler and Gross spectacles, with sophisticated-looking square frames made from Italian tortoiseshell acetate but complete with backscreens with AI features. Whether an integrated computer brain is the future of eyewear remains to be seen. 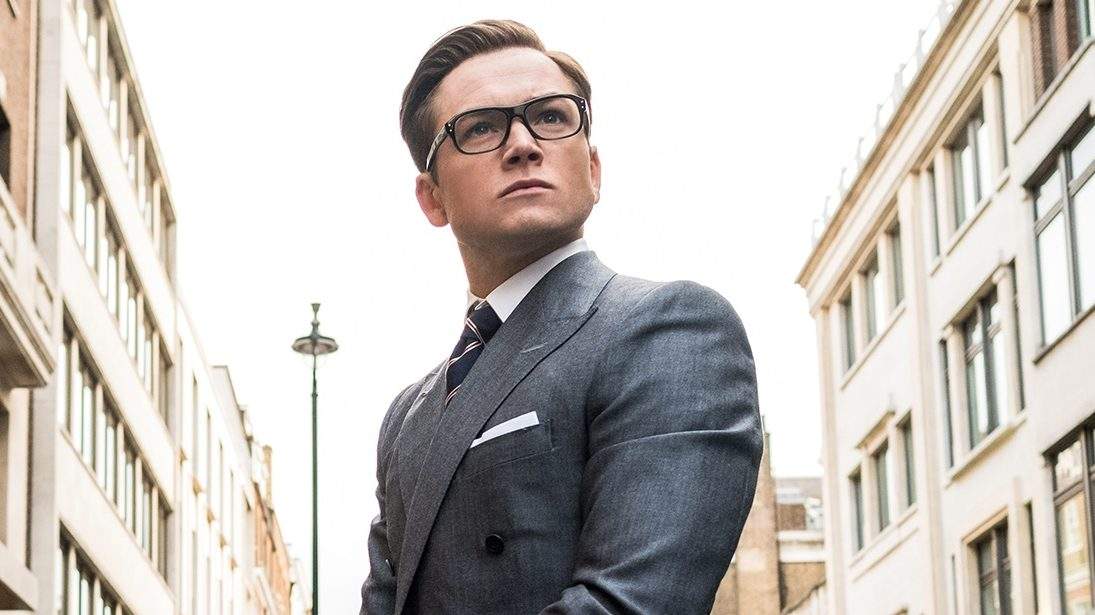 The Kirk Brothers, Sidney and Percy, once represented the cream of the old British spectacle manufacturers and had offices and outlets across the world. The Kirk family, in the form of Percy’s grandson Jason still carries the flag for spectacle-making in the UK. Kirk and Kirk, the design company Jason Kirk runs with his wife, Karen, draws on a wealth of family history and expertise. Legacy designers, like Jason Kirk, and Claire Goldsmith, who follows in the footsteps of her great grandfather, Oliver, remind us that once we had a thriving eyewear industry here. The original Kirk Brothers had a factory in Southend-on-Sea. For a while, Southend was a sort of mini Essex Jura, an eyewear hub with many factories and design studios. Now, there’s only one factory left in Southend, Premier Optical, which uses sixty-year old machines and can’t produce frames to modern standards, at a reasonable price. Kirk and Kirk’s range is manufactured in France, probably up that mountain in Jura. How did the once thriving British eyewear industry wither away like this? The rot started in the sixties when cheap imports started to arrive from China. Rather than compete on quality, by offering designs and components that no one else could conceive, unlike our European and Japanese counterparts, we tried to match the Chinese on price. The workforce became less skilled and eventually deskilled. Investment wasn’t made in new technology. Many people when faced with a career just plugging bits of plastic into bits of plastic walked away and found more rewarding ways of making a living. In the industry now, we only find a few people working old machines. Very few people in the UK can make a pair of spectacles from beginning to end and those who can are wonderful old artisans like Lawrence Jenkin. 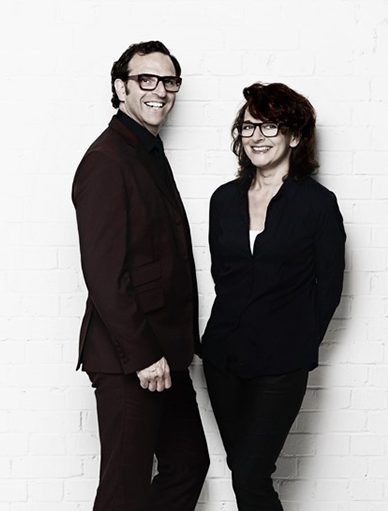 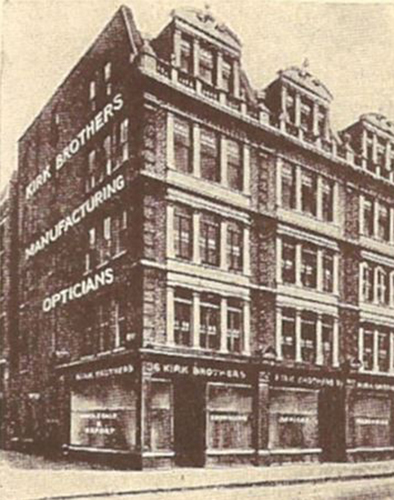 Whenever I find myself talking about JFK, I am always repeating that he was never seen in anything other than a pair of Ray-Ban Wayfarers. Why am I always referring to Ray-Ban? Probably because they are the most iconic spectacle manufacturer of all time. 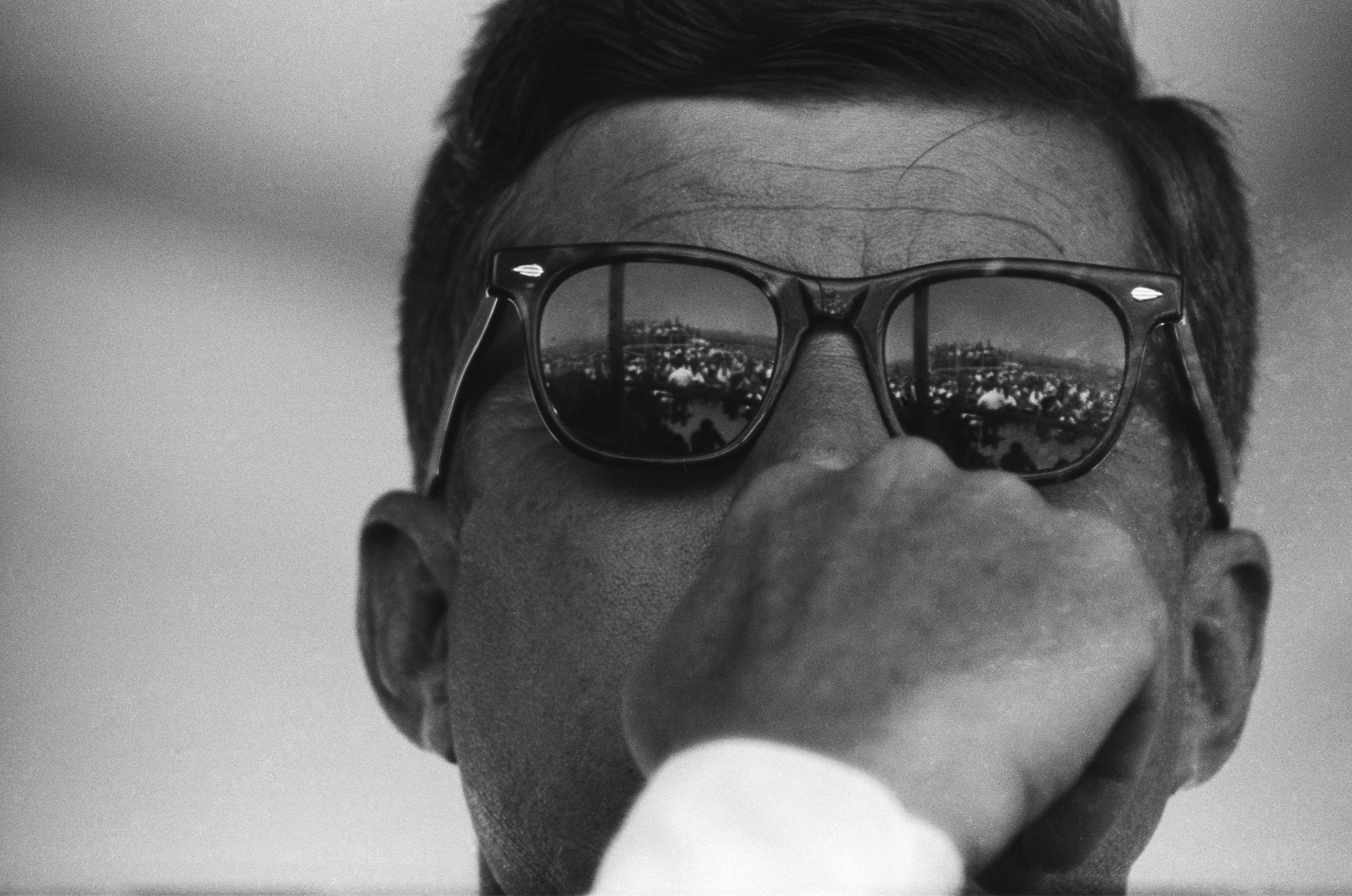