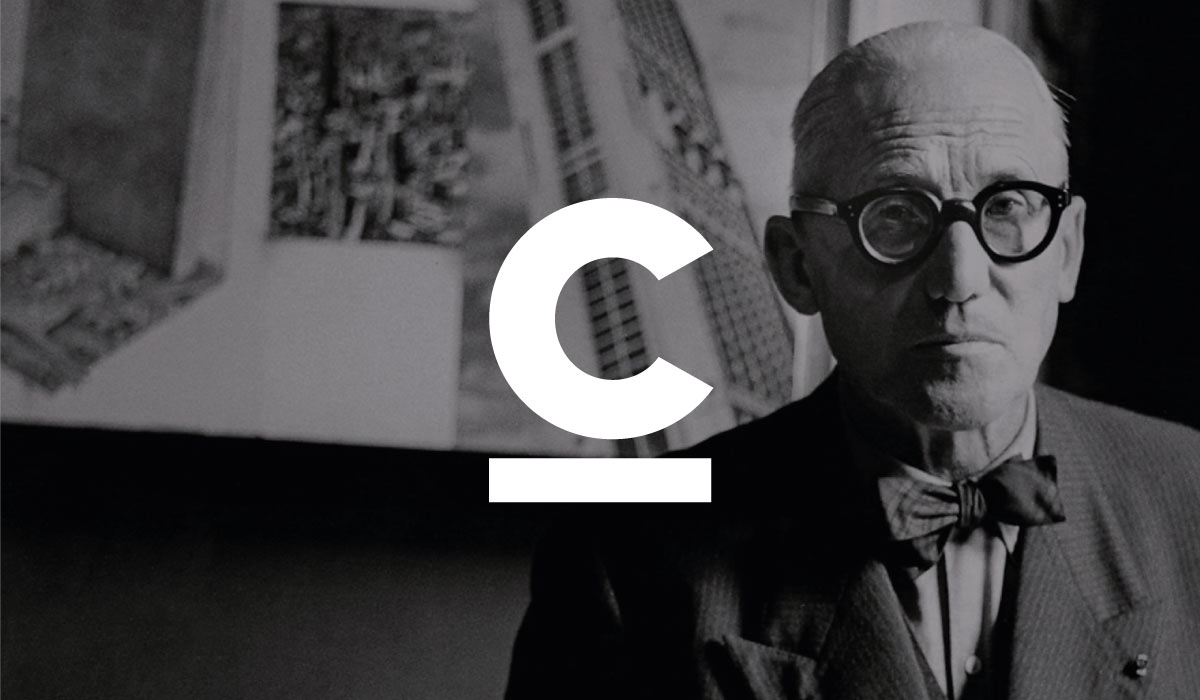 Pioneer of modern architecture, Le Corbusier, famed for the classic round shaped frame

Cult Eyewear is a 2011 book by Neil Handley, director of the British Optical Association Museum at the College of Optometrists in London, one of the largest and oldest collections of eyewear in the world. If you’re interested in eyewear, the museum is a good place to start, though you’ll need to book an appointment to arrange a tour around the rooms. Highly informative, accessible and factually reliable, Cult Eyewear is by far the best publication on the overall history of eyewear and eyewear branding.

When deciding on the best style of frame that suits the face, cheekbones are highly important. The best frames will align with, emphasise and illustrate the line of the cheekbones. 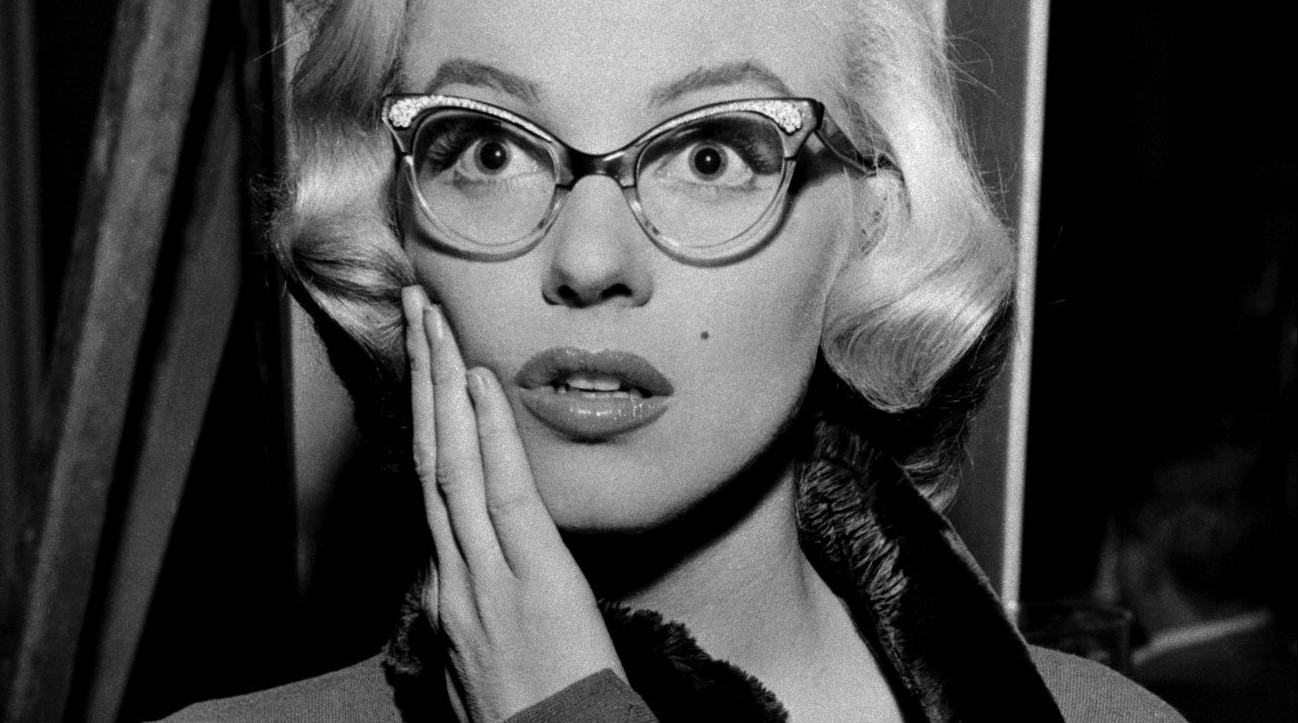 In the 1940s there was a mass-realisation that eyewear was a style accessory and not just an appliance that improved failing eyesight. This concept most evidently captured the public imagination in ladies’ eyewear. The 1950s produced many frames that were far more flattering to the shape of female faces than earlier designs. Influenced by futurist design concepts, and perhaps the feeling that in the future everything will be experimental, the cat’s eye became the most popular ladies’ frame of the mid-20th century. Ladies loved them so much that they continued to wear them into old age, hence their reputation now as granny glasses.

Early, pre-plastic spectacle frames were made from marine turtle shell or buffalo horn. In the early 20th century these were replaced by a new material, cellulose nitrate. As well as black and tortoise shell effect frames, this revolutionary material was used to make the transparent jelly frames popular from the 1930s through to the 1950s. However, cellulose nitrate proved an unstable substance. It quickly degrades and is prone to ignite if it overheats. Its replacement, cellulose acetate, is an entirely natural resin pressed from cotton and wood pulp that is bonded with pigments and shaped into colour frames. It’s hypoallergenic, which means anyone can wear it without fear of a reaction. Cellulose acetate is incredibly stable and easy to work and produce, it’s been the core element of plastic frames since the 1950s.

Swiss-French pioneer of modern architecture, Le Corbusier’s typical 1920s round reading glasses proved to be a design classic and are still popular with those who wish to affect the air of a European intellectual.

German design company Cazal’s most iconic frame is the Cazal 607, originally intended for the New York business class but turned into a fashion sensation when Run DMC and the hip hop community adopted them. Demand was so high that people were even robbed on the street for them. For a while they fetched high prices as vintage pieces, until Cazal re-issued the 607 and swamped the market to such an extent that they became much less sought after.

The Courrèges slit is a style of sunglasses gives the wearer an alien appearance. These white plastic sunglasses were an integral part of André Courrèges’s Space Age fashions of the mid-1960s. Ironically, they are modelled on the original sunglasses, an old Inuit design in which pieces of carved whalebone were slit horizontally and worn by hunters to protect their eyes from Arctic glare. 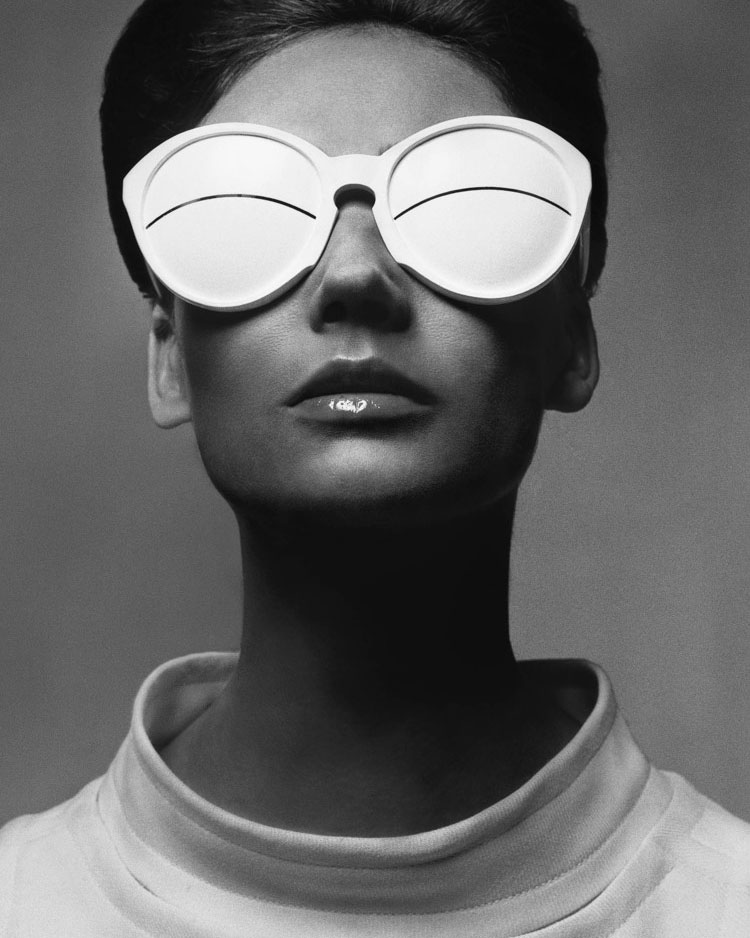 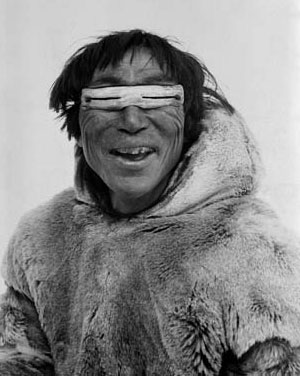 The Courrèges slit was modelled on one of the earliest examples of sunglasses, a 2000-year-old Inuit design

Cartier Panthere are among the most expensive items of eyewear in the world and affordable only to the super-rich and royalty of the likes of Queen Noor of Jordan. I once worked for a client who ordered twelve pairs of £270,000 Cartier Vendome Royal, one for each of his houses and one for his private jet. Assembling the pieces saw me constantly scrambling from my workshop in Mayfair to Bond Street to re-affix diamonds that had popped out of the frames.

Until the 19th century, women often wore a chatelaine, a series of short chains that hung from a belt. From the chatelaine they would hang their reading glasses when not in use.